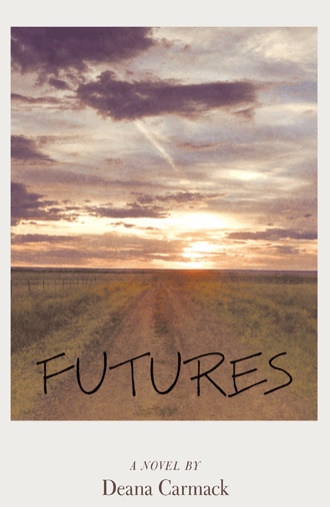 # “For I know the plans I have for you," declares the LORD, “plans to prosper you and not to harm you, plans to give you hope and a future.” Jeremiah 29:11

Mark Stafford, fifty-two and balding, slouched in the comfortable wing-backed chair, absently tapping the edge of the tri-folded sheet of typing paper against his thigh. He leaned to the left, elbow resting on the arm of the chair, supporting his head in the V created by the thumb and forefinger of his left hand. His gaze through the living room's bay window remained fixed on the figures romping in front of the Austin-stone house across the street and down one.


The delighted squeals of the two youngsters floated on the warm September air, filtering through the closed front door of Stanley's house. Watching the children skip back and forth through the sprinkler, he couldn't help but envy their gay abandon. Had he ever been that young? Felt the uninhibited freedom to just be, to just enjoy the moment? In his present state of affairs, he seriously doubted it.


Rather intently he studied the trim, middle-aged woman reclining on a lawn chaise she had hauled out onto the small stoop in front of her home. Her slender legs, clad in white crop pants, were crossed at the ankle; her feet bare. With arms draping loosely on the arm rests, she appeared to be keeping an amused eye on Mark’s three-year-old grandson, Clayton, and her own granddaughter, a bubbly golden-haired little cherub named Susanna.


The lady’s wide, floppy straw hat and sun glasses shielded her face and eyes from the September sun, but her relaxed pose indicated that she might be enjoying herself almost as much as the children were.


As he regarded the youngsters once again, another sigh escaped his lips. His own spirit felt so crimped, so drained of everything joyful, as if he'd been wrung through the wringer of his mother's old washer--leaving him paper-flat lifeless. His heart squeezed again, reminding him, as it did every day, that there was no delight to be found anywhere. Not anymore. Not in this life.


Reluctantly he forced his eyes from the pleasant scene and reread the note he held in his hand. It wasn’t a note, actually; it was more of a little poem.


Do you think we’ll someday be
Sweethearts?

You have nice eyes;

There was a note scribbled at the bottom. He could almost hear the smile in her voice.


“My sister, Cindy, laughingly hinted the other day that my Susanna and your Clayton made a cute couple and might have a future together. This little ditty just popped into my head...about four o'clock this morning, ugh!


Wanted to share it with you. Hope you get as much of a kick out of it as I did.


Although its content suggested nothing menacing, Mark couldn't help wondering about the motive behind it. Did she have some kind of design on the mayor's alluring son, his only grandchild? Was the possibility of a real threat lurking behind the seemingly innocent words? Or was he just being paranoid?


He sighed again and caught himself doing it. Seems like every other breath is a sigh. He loathed it...this aimless drifting through life without really living.


It hadn't been too long ago, though presently it felt like a lifetime, that he had met each day with a joie de vivre. There had always been something to relish, even to be excited about. He had considered each day to be a gift from God, and so he had felt happily obliged to rejoice in its blessings. The warm, sweet smell of newly-mowed grass. The crisp, delicious tingle of an early-autumn morning. The gentle ribbing between comfortable friends. Innumerable threads of pleasure and praise woven into the tapestry of his life.


But he had changed in the last couple of years. Or to be more accurate, life had done a number on him, had knocked him about rather brutally. At the beginning, when the storm clouds gathered on the horizon and the seas had just started getting rough, he had trusted God to calm the waves, to make things right. But where had God been when he needed Him? When he cried out to Him for healing and mercy? Certainly not looking my way, Mark thought bitterly. He felt his heart clamp down even tighter as the bitterness to which he had become accustomed strengthened its grip on his spirit.


Following a quick glance at his watch, Mark laid the poem absently on the occasional table beside his chair, then pushed himself slowly to his feet with a small grunt. Cathy's instructions were to retrieve Clayboy around three. It was now five 'til. Believing his people instincts were still pretty sharp, Gloria's comments to the contrary notwithstanding, he decided he could check out the neighbor lady while collecting his grandson.


He crossed the room, turned right upon reaching the hall, strode to the front door and opened it. The bright, hot afternoon Texas sun blasted through the entrance, making him squint and take a step back. As soon as his eyes became adjusted to the light, he ambled down the front walk, which radiated the summer heat through the soles of his shoes, to the curb and aimed catty-cornered across the street to the yard where the children were playing.


The woman on the chaise lowered her sunglasses onto her nose, peering over them as the slender, silver-haired man approached. She smiled tentatively. He smiled back.


“Thought you might need rescuing,” he said, hoping his voice sounded more congenial than he felt.


He nodded in the boy’s direction. “Clay can be a bit rambunctious at times.”


She was still smiling but raised an eyebrow. “And you are…?”


Now the smile disappeared altogether, and keeping her voice soft, but firm, she continued, “Excuse me, but I don’t know who you are.”


“Oh! Forgive me. I’m Mark Stafford, Clayton’s grandfather. Cathy asked me to come over and get him around three.”


As if on cue, the toddler glanced in his direction, and spying Mark, ran up to him squealing delightedly, “Poppy!” He threw his wet arms exuberantly around Mark’s knees.


"Hey, Clayboy!" Mark greeted the child. He patted Clayton’s dripping, dark-brown curls then looked up sheepishly as he noticed the dark, damp ring left when Clay's soggy body came in contact with his khaki pants. So much for the suave, debonair facade he was attempting to profect.


The lady laughed. “O.K., your password is accepted. You can stay.”

God had let him down, simple as that. The God that Mark Stafford had believed in since he was old enough to believe in anything … the God Mark had worshipped and served and tried to obey—that God.


Where had he been when Mark had needed a miracle?


He had prayed; oh, how he had prayed. But when push came to shove, God had simply jumped ship—abandoned Mark and Gloria to face her death without Him.


So now, Mark just didn’t believe in a loving and caring God anymore. He felt pretty sure there was a Supreme Being, just not one who cared about His children, who heard and answered their prayers. That God was gone forever, and Mark was left with a hole in his heart, an aching void in his spirit that he dared not hope would ever be filled again. But God, as He always does, had a plan …

Deana Carmack began her journey as a writer after fulfilling her ambitions as a teacher, an artist, and an entrepreneur, as secretary and children’s minister of her church. Her belief that “everyone has a story” has sparked her interest in capturing at least some of them on the written page. Her first novel, The Dragon Outside, was released in May 2010.


She lives in a small west Texas town with three horses, two dogs, and an assortment of cats.