The Biography of a Breakdown 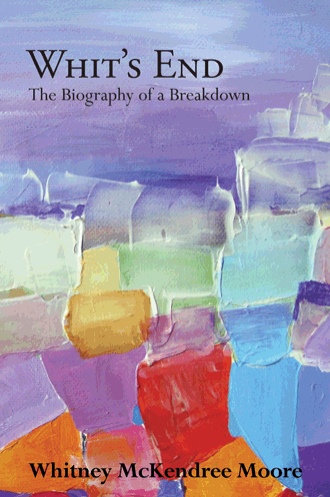 The victory that is unfolded in these pages starts with the shock of realizing there is even such as thing as “functional alcoholism.” When the problem is finally revealed, Moore finds help in a twelve-step recovery, where people learn to discern (and do!) God’s will. In meetings, people share the miracles that, for them, have started to unfold:

Moore’s story is full of evidence that what is impossible for man is possible with God, and that with God’s help, there is hope for the hopeless and help for the helpless. In short, God can, if only we will get out of His way.

This book is for any Christian who loves an alcoholic.

Whitney McKendree Moore is a Christ-centered woman recovering from the effects of alcoholism. Along the way, she had a nervous breakdown, which caused her to surrender utterly and completely to God. Today, she lives in Connecticut with her excellent husband of forty years, Barry, and their terrific son, Ned.