So That Others Can Live 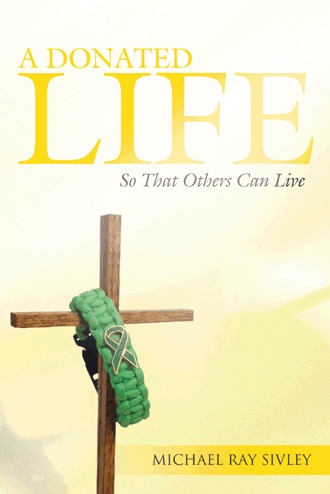 What if today you were told you had only twenty-four hours to live? What would you do?

The disease will begin to make you weak, and you won’t be able to eat anything. People who have not seen you in a month won’t know you. You won’t be able to walk without a railing, a cane, a friend. I had the time left on the face of a clock.

As the darkness deepened, my hope and my future was called into question. I had prepared to die. My question to you is this: With twenty-four hours left, and your sand running out, will you be ready for the darkness coming?

It’s coming, along with a sickness that tries men’s souls. As the sand runs out, and all sound ceases to be, will you feel a hand grab yours, or will you be all alone in the darkness?

Michael Ray Sivley was born in Chattanooga, Tennessee, the son of Bill and Diane Sivley. He is married to Patti Sivley, and they have three sons together—Shawn, Matthew, and Nickolas—as well as Michael’s son Jason, from his first marriage. He lost a daughter, Jessica, to SIDS. Michael believes in Jesus Christ and hopes this book will be his legacy to his sons and wife.