Flight to the Promise 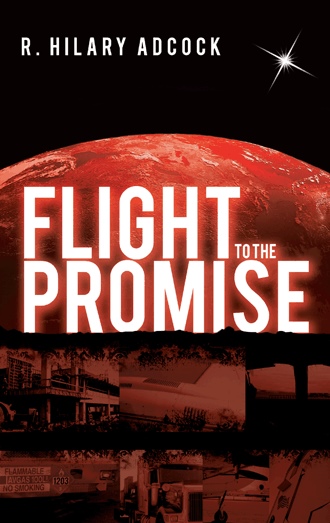 Financial recovery and success came to David Adams but peace and fulfillment evaded him. Every success, every new client, everything he believed would fill the emptiness deep within his soul had failed. Nothing he had accomplished filled the void. Nothing satisfied it. Not the money; not the architectural projects; not the cars; not the booze; and not the women. Nothing. And the nights were torture.

The escape of sleep teased but refused to come until the noises in his head subsided. He struggled to fall asleep as the events of the day and plans for tomorrow poured over him like falling pieces of a spilled puzzle. And the mental flood continued until finally his conscious mind was spent, leaving his subconscious to continue the battle in dreams. Dreams that played confusing, jumbled, nonsensical dramas awakening him in the hours of darkness.

But on a Saturday night, Easter Eve, a new and radically different dream took him. That night he fell into a dream that initiated his spiritual healing and prepared him for a unique and secret plan soon to be revealed. A soft cool breeze laden with the scent of ocean air drifted through the open bedroom window as David lay under only a bed sheet with several pillows nestled around him. His mind was spent and he finally drifted to sleep just as the sounds of someone entering the condominium courtyard two floors below floated into his room. Undisturbed by the sounds David dreamt.

The dark, narrow alley was strewn with filthy debris and saturated with the stench of death. Deformed human shaped figures lurked in nearby shadows on his left. And on his right he saw a vine covered wall. In the wall, partially hidden by tangled vines, was a gate. He cautiously stepped over the waste and decaying debris lying in his path. As he moved closer he noticed a rusty metal latch semi hidden but reachable. He pulled the vines away and slid open the latch. Then pushing on the gate with his shoulder he slowly forced it to move. As it surrendered to his effort the vines stretched and finally broke, like pulling apart a giant spider web. Shoulder first he squeezed through. The gate closed silently behind him, separating and protecting him the lost world he had escaped. In this new and wonderful place the sweet warm air embraced him with scents of flowers and damp grass that covered the rolling hills between him and the distant mountains. The visual pull of the mountains and the sounds of gurgling water that flowed in a nearby brook beckoned, like the open arms of a nurturing mother to her child. When he reached the brook he sat down on the soft grassy surface and surrendered to the peace that surrounded him. As he lay back he sank a few inches into the grass. His unspoken thoughts affirmed the healing peace that filled the place and feelings of perfect love flooded over him. He was unafraid and secure, sensing the protective love of his Heavenly Father and enjoying an inner warmth like that of a child cradled snuggly at his mother breasts. Nearby a white robed figure stood leaning casually against one of the large trees that ran along the opposite edge of the brook. David was aware of His presence and an odd mixture of fear and joy gripped him as the robed figure walked across the water toward him. As He got closer the fear subsided and feelings of happiness, childlike and wonderful, came over him. David recognized the robed man. “Jesus?”

As the Earth spins closer to the tribulation, four American men are drawn together for the purpose of a divine, covert plan—one that unfolds through tragedy, joy, bankruptcy, and wealth, authored and directed by God.

“Flight to the Promise is a fast-moving, faith-based page-turner with no apologies.”
—D. David Morin, filmmaker and author of God Is Not a Smart PlanneR

“In my twenty years of knowing the author, I have come away with several insights into his life—the most important of which is his unquenchable pursuit and hunger to make Jesus known.”
—John Pacilio, minister and author of Just as It Is in Heaven

R. Hilary Adcock is an architect, a general aviation pilot, and a Christian. His firm consults on projects in Arizona, California, Colorado, New Mexico, and Nevada. His personal relationship with Jesus has survived life’s failures and victories since his salvation in 1969. He currently lives in San Diego with his wife and children.