The Promise of Friendship

Friendship is forever. Isn’t it… 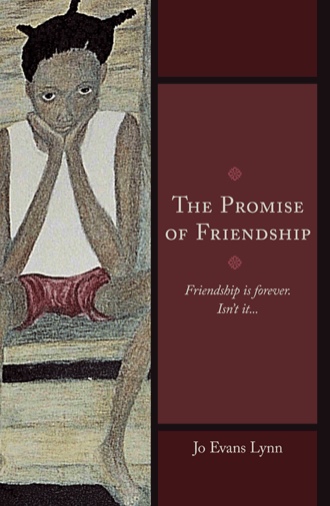 "Get off that bed girl. I knew you were going to start something soon as Mama went to the bus. You ain't fooling me none with that 'butter wouldn't melt in my mouth' act," Gloria said giving her sister suspicious look.

"Yes, Gloria," was all Josephine said as she offered herself up as a sacrificial lamb on the altar of lower education.

It took less than ten minutes for them to walk the distance to Grace Lutheran School since they cut through the campus of Bennett College to the corner of Washington Street and Benbow Road.

"I don't want to go to Sunday school all week long," Josephine pouted as the church loomed into view.

"I've told you, it's not Sunday School just 'cause they have it in a building made onto a church. They have teachers same as we do at Washington Street School." Gloria repeated for the umpteenth time.

"Not teachers as pretty or smart as Mrs. Eldridge and Mrs. Holley," Josephine really started to drag her feet now.

"That's just cause there aren't anymore teachers as pretty and smart as Mrs. Eldridge and Mrs. Holley. I am sure they'll be good enough to teach you. Just come on girl.

"Yes, Gloria." Josephine would have made her voice sound sarcastic if she had known how. She allowed her sister to march her up the narrow stairs of the Unitarian addition on the Benbow Road side of the church.

"This is Josephine Ma'am," Gloria introduced her sister to the tall fair-skinned lady who was standing outside the first grade classroom.

"Miss Markle says that she is a holy terror, but we'll put a stop to all that nonsense here," The teacher looked Josephine up and down then turned that bony orifice up as though Josephine had left the outhouse without wiping herself.

"Oh she stopped that by herself this summer. She's been so good, Mama said she knows that God answers believing prayer." Gloria tried to sound confident that it was true that Josephine had changed though she doubted it.

"Humph, we shall see. Come on in and sit right up here next to me, Josephine."

"Yes. ma'am. Bye, Gloria." Josephine stood a moment too long wishfully watching her sister walk down the street to a real school.

"Don't make me have to tell you again."

"Yes, ma'am. Josephine started to tell her that she had not "had" to tell her the first time when she remembered that she was not being mean anymore.

"Now children, I am going to read one of my favorite stories to you, "Goldie Locks and the Three Bears." Miss Prunella smiled down at the children like a vulture playing mother hen to a nest of biddies.

"Oh, I can read that story for you, Miss Prunella," Josephine volunteered, glad to do anything to break the monotony of what had thus far been the most boring day of her life. Not to mention the hardest one her poor knuckles had ever endured. Miss Prunella punctuated every, "No. Josephine" with a viscous rap with a ruler.

"Are you trying to tell me that you can read?'

"Prove it. If you are lying to me Missy, I'm going to wash your mouth out with lye soap." Miss Prunella said as she handed the book over to Josephine. "Once upon a time a Papa Bear, a Mamma Bear, and a Baby Bear lived in a cottage in the woods. One day..." As the child read, Miss Prunella's eyes grew wide with surprise and finally a pleased look settled on her face. Maybe the child was worth saving after all she thought.

"And the Mama Bear said, 'Lord have mercy, who the hell been eating our damn food.' And the Baby Bear ..." the next line was left hanging in the air for the next generation to complete, because Miss Prunella grabbed Josephine up by her arm and took her to the bathroom where she put a dent an inch deep in a large bar of lye soap scrubbing the obscenities from the child's mouth.

Josephine didn't even cry. She knew that she deserved a whipping. Her Mama had explained to her that even though her Daddy used those words when he read, "Goldie Locks and the Three Bears" to them, that "good" little girls did not use such words. Her period of not being mean - of trying to be good - was over. She felt relieved. No one could say that she had never tried to be good. For nearly four whole weeks, she had been almost as good as Gloria, but Miss Prunella had really tried her patience.

The children sat listening to Miss Prunella's dry as day old toast version of the story, when a plump lady with a pretty round face entered the room followed by two boys from one of the upper classes carrying several long, flat boxes.

"Good day. Line up children so Miss Bunn can measure you for your uniforms." Josephine stood quietly in line to be measured since she wasn't quite sure what a uniform was.

"Medium," Miss Bunn said as she reached into a box and brought forth a navy blue jumper and white blouse and handed them to Josephine Josephine got terribly upset when she looked up and noticed that all the other girls had outfits exactly like hers. Outfits with dozens of faded hem lines telling the tale of hundreds of years of use not by a sister, but by strangers. So, this was a uniform - something to make "mediums" of them all. Here, Miss Bunn. I don't need these," Josephine said as she tried to hand the uniform back to the woman.

“Take them and sit down," Miss Prunella said as she pushed Josephine toward her desk none to gently.

"I have my own clothes. I just came to this school so I could wear my new dresses." Josephine said as she dropped the uniform back into Miss Bunn's box.

"Why you little nappy head, tar baby, if you don't pick those things up and go back to your seat, I am going to wear your little behind out." Miss Prunella stood over Josephine with an air of malice and an unspoken promise of pain.

Josephine picked up the uniform not because she had decided to wear it, but because she was smart enough to know when to stop.

"I thought you would see it my way. You better wash it out every day as soon as you get home so your mama can iron it for you to wear the next day. Did you hear me girl?"

Miss Prunella grabbed Josephine up by both arms and hauled her into the coatroom for the kind of whipping that was usually reserved for children in the upper school.

"Good-bye, Miss Prunella," the children had to say it three times before she was satisfied with the level of enthusiasm in their voices. Josephine's voice was the loudest and most sincere among them, because for her, it was truly good-bye. She was not coming back.

Josephine had gotten two more whippings before the day was over. Each lick re-enforced her determination never to go back there again. She didn't need to. In one day, she felt that she had learned everything she needed to' know from the school - If you tell people what they want to hear, they won't hit you.

She didn't care what anybody said. She was going to wear her new dresses. The first dresses that she had ever owned that had not belonged to her sister first would be worn - to public school… 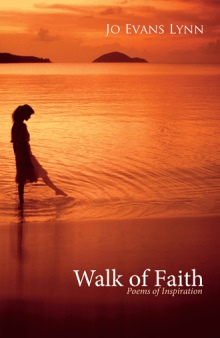 They were children who had seen too much…

“You’ll be dead before you’re five,” those were the first words Joyce Ann could remember her grandmother saying to her and the fact that she was almost nine did not make living any easier…

Joyce Ann, Josephine, Kenny, and Janie-all the children had seen too much, been through too much, dealt with too many “grown-up things” to be considered children in more than age.

Kenny’s secrets were kept from even his closest friends. How could a child explain life with a mother who managed every detail of every day of his life from what he would wear to lessons that were not always about music…

It was only the “promise of friendship” that brought these four young people together in a story about the power of love and acceptance among friends.

JO EVANS LYNN, a native of Greensboro, N.C., taught nearly every grade level and every form of English/language arts during her 37 years in education. She graduated from James B. Dudley High School in 1967 and from Shaw University in 1970. She also received a Masters Degree in Reading Education from North Carolina A&T State University. She began her teaching career teaching middle school in Charlotte Courthouse, Virginia in 1972, but spent most of the early years of her teaching career in the Alamance County Schools teaching Title I Reading at Clover Garden Elementary School (9 years) and Reading Competency/College Prep English at Eastern Alamance High School (5 years). In 1987, she transferred and continued teaching Title I Reading, English, Journalism, Drama, and Speech & Debate at various high schools in the Greensboro City & Guilford County Schools in Greensboro, North Carolina (Grimsley Senior High School-10 years, James B. Dudley Senior High School-8 years, & GTCC Early/Middle College at Jamestown –2 years).

Her diverse experiences as a language arts teacher reinforced her belief that even fiction should be based on real life experiences. In all of her books, the reader shares her experiences during the 1950s & 1960s as an African-American child growing up on the “Colored” side of town in the segregated South and as a teen searching for a place in the world around her in which the rules of life and social order are changing almost daily. Although her subjects are sometimes both serious and controversial, her sense of humor and spiritual faith always shine through as she “speaks” to her readers about the realities of growing up poor and as the second eldest of seven children. She is the divorced mother of three adult children- Janel L. Johnson, Clyde Lynn, III, and Gloria A. Lynn.