How Do I Get Rid Of a Ghost?

Going Up Against The Spirit World 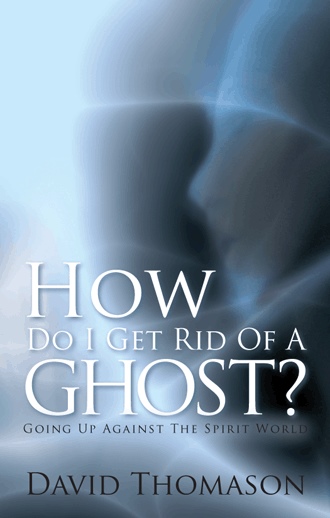 If you ask people what a ghost is most would give the same answer. Most of the people I know have been raised with the idea that a ghost is the spirit of someone they loved that hasn’t ‘passed on’. OK, maybe it’s not a loved one, but it’s someone.
The idea of a person that hasn’t gone to Heaven, Hell, Valhalla or some other place, but rather “hangs around” is actually a fairly recent idea as far as beliefs go. The concept of ‘ghosts’ came around only about 2500-2700 years ago, having its origins in ancient Greece. Although not an official doctrine of the Catholic Church, most Catholics I know (I grew up in a predominately Catholic community) consider a person that has died, but wasn’t good enough for Heaven and not bad enough to go to Hell, to be in Purgatory or “Limbo”. Many think that some, if not all, ghosts are those trapped in Limbo.
Many New Age religions teach that if someone passes away and doesn’t “go into the Light” they may be trapped here on Earth as a spirit. Not being able to “go into the Light” can be caused by having unfinished business here on Earth or evil they have done while a mortal. Supposedly, that evil must be atoned for before they can move on. I still haven’t figured out how haunting someplace will atone for anything.
However, I don’t believe either of these. The Bible, for the most part, has been the authority on things related to hauntings, demons and the afterlife. It teaches that:
And as it is appointed unto men once to die, but after this the judgment:
Hebrews 9:27
We are confident, I say, and willing rather to be absent from the body, and to be present with the Lord.

2Corinthians 5:8
In these statements by the Apostle Paul, it would seem that we don’t stick around for long once we die. Although there is nothing in the Bible about it, it seems there have been occasions in which a person that has passed away has been allowed to show themselves to someone for the purpose of saying “good-bye”. I have heard several stories of this happening. One example of this is my own grandmother. My grandmother, a very strong Christian woman, passed away in Yucaipa, California. At the moment she died an uncle that was living in Lancaster, PA. was awakened and saw her in his room. According to my uncle, she leaned and kissed him to tell him good-bye then disappeared. He woke my aunt up and told her what he saw. My aunt said to him “Oh, that’s crazy, go back to sleep”. Later that morning my father called him to tell him that my grandmother had passed away during the night.

There are hundreds, if not thousands, of people in the US alone that have “something” living in their homes. “Something” they can’t see. They hear voices and odd noises or feel that “something” touching them. Whatever it is, they want it gone! Most people who have unseen entities in their homes have tried a variety of rituals to rid themselves of ghosts with little or no success. The Bible has the answers to questions like, “What are ghosts, really? Do ancient rituals work? What really does work and why?” and “ How do I get rid of a ghost?”

David Thomason accepted Jesus Christ into his life in 1979 and soon after was educated through Calvary Chapel Bible School. Since that time he has served the Lord in a few churches as a deacon, elder, church council member, and assistant pastor. He has taught several Bible studies to ages groups from middle school to adult.

In Mr. Thomason’s years as a Christian, he has several encounters with “ghosts”. He has learned that, to a Spirit-filled child of God, they are nothing to be afraid of. Through Christ they can be dealt with and made to leave a person’s home, apartment or other property…permanently!

Mr. Thomason lives in Southern California and is an avid scuba diver as well as a scuba instructor. He loves teaching, whether it is diving or opening up God’s Word in a fresh, new way to the hearts and minds of others.