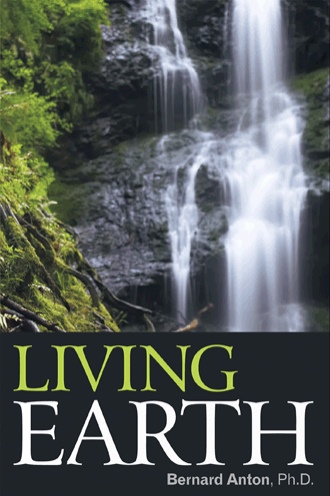 Introduction The ecological crisis that we have been experiencing for the past decades is often treated by the media, by most experts and by the literature as a problem mainly industrial, economic, political, bio-physi-chemical, agricultural, technological, and climatic. In order to solve this issue, less polluting practices and actions are proposed to consumers: recycling, composting, saving energy, reducing the waste of resources, using renewable energies and resources, becoming more and more independent from oil, geo-engineering, etc. We have seen leaders implement, as much as their powers allow it, strategies for sustainable development. Different scientific theories explain and justify the mechanical reasons for global warming and meteorological upheavals. Today, more than ever, science explores and advances in its technical research and in its knowledge of the structure of our sensitive universe. Science is now able to identify natural contributing factors affecting the planet, as well as anthropical ones caused by human activity. These progressive scientific breakthroughs help us comprehend the complications arising now or those that could arise later. They also allow us to solve, and eventually avoid, if it is not too late, those complications. For many people, Earth, human beings, elements of nature, and the environment are separate organisms, "machines" that act according to their own physical laws. This is probably true. Yet, beyond this visible world, beyond this tangible physical reality, could there be another world, another transcending reality, invisible, reality which may add a certain moral law? What do God, Revelation, and faith have to say concerning the ecological crisis addressed so far mainly by science? What is the place of religions in the ecological? What passages of the Scriptures, whether Judeo-Christian or of other religions, encourage us to take good care of the Creation? What were the conceptions of the past civilizations and traditions from the five continents on our relationships with nature? Did they cast a spiritual glance on those relationships? Could their ancestral wisdom have seen a sacred work in the universe? Why do they call it Creation, where creatures and Creator meet? Despite their different belief systems, don't great religions like Christianity, Judaism, Islam, Buddhism, and Hinduism teach that our world is not profane? This research made me discover a real interreligious consensus. I observed that the main religions on the globe are unanimously ecologically aware and agree on principles such as the conservation of nature and the quality of the environment. A quite clear "green" message, revealed in the greatest beliefs, serves as a basis for an eco-ethic . Ecological concern was on the prophets' mind. They appealed to a symbiotic life with all the elements of the Creation. Then, Creation acquires, according to the traces the prophets left us, a sacred dimension. Their religious teachings presented nature as a partner that humans must respect, protect, and not squander outrageously. The following two major ecological tragedies that occured one after the other in March and April of 2010 relaunch again the acute debate on the necessity to take into great consideration the environment, since such dramas may seriously affect our daily life: — the eruption of the volcano Eyjafjallajökull (in Iceland) which paralysed the airline traffic in Europe many times, for several days; — the explosion of the drilling platform Deepwater Horizon 23 owned by British Petroleum, in the Gulf of Mexico, which caused the worst ecological disaster ever in the history of the United States, producing a massive oil spill spreading, 3 millions of litres per day, over more than 54 kilometers, during almost 4 months. These two accidents, the first natural, the second anthropic, proove again the subordination of Humanity to environment and the high cost of what may come from ecological crises. The present study is undertaken with the intention of an interreligious dialog, written with the utmost respect of convictions and without any confessional prejudice. My wish is to fill what seems to me an absence in the literature on environmental issues. In fact, I cannot find one synthesis of the different religions' prescriptions in terms of nature conservation. In this book, I try to answer few questions many people asked me as a theologian : « Where in the Bible, God asks us to recycle ? », «What is the Bible point of view concerning nature? », « Is the Bible green? », « Did Jesus speak about preservation of nature? », « Are the other religions green? », « How and why should we develop an ecoresponsable spiritual conscience? », « Is there spiritual principles or ethic that motivate us to take care of nature? », « Our ancestors where green? », « Why should we reduce our consumption and our production? » In order to reflect on these issues, I first present the environmental vision of the Bible, and then draw from it my personal interpretation, which I call "Jesus' green plan". Then, I point out the contribution from the Christian Churches, Judaism, Islam, Buddhism, Hinduism, Baha'ism, the early civilizations, the Native American People, and even the atheists. In my conclusion, I will summarize the underlying principles of a universally common eco-ethic that I could discern from this research. Finally, I will introduce a suggestion for a unified coalition of religions, one of efforts and eco-theological messages striving for the same goal: an awakening of consciousness in order to act responsibly towards the environment. May this study be helpful in understanding the universal principles that determine the eco-ethic way of living and contribute to take wise actions in favor of the preservation of what is left of nature, before it is too late.

What are the conceptions of the past civilizations and traditions from the five continents on our relationships with nature? Do they cast a spiritual glance on those relationships? Could their ancestral wisdom have seen a sacred work in the universe? Why would they rather call it Creation where creatures and Creator meet?

This research made author Bernard Anton discover a real interreligious consensus. He observed that the main religions on the globe are unanimously ecologically aware and agree on principles such as the conservation of nature and the quality of the environment. A quite clear "green" message, revealed in the greatest beliefs, serves as a basis for an eco-ethic to adopt.

Bernard Anton, PhD, is doctor in sciences of religions. He is a teacher, a guest speaker, and a writer. He has published forty-six books (poetry, essays, tales, plays, spirituality, environment, academic manuals) in Quebec and in Paris. He has been acclaimed by many critics for his deep reflection, rich in humanism. He was awarded many distinctions of honor and excellence. He is actively involved in various green organizations.