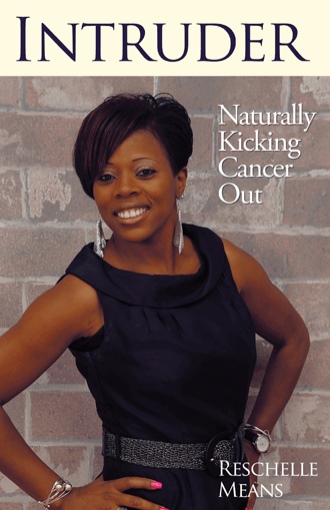 In the name of Jesus cancer has got to go, because by His stripes I'm healed! The devil is going to do everything in his power to rob you of your peace and cause you to doubt your healing.

Have you ever been given bad news and found yourself filled with panic and fear? In this book author Reschelle Means shares her life story of faith, knowledge, and courage in the process of overcoming cancer without the standard treatments of chemo and radiation. Open up your heart and mind as you come to understand the necessary steps that she took to bring about her healing. You will be amazed at how God moved in her life and come to know that the God that healed her can do the same for you or your loved one.

This book is dedicated to a special friend of Reschelle, Terry Hall Hines—Creative Health doctor of naturopathy, who encouraged, inspired and guided her on her journey to better health.

Reschelle Means was born on February 13, 1973, in Gaffney, South Carolina. She and her four siblings were raised by her mother in a single parent home. As the years went by, the fear of death began to haunt her. She would trace this fear back to when she was eight years old; she went into her mother’s room in the early morning hours, sobbing the most dreadful words that no one should ever utter: “I’m dying, I’m dying, I’m dying.” From that point on, she lived her life in fear of the thought of death and disease without realizing the thing that she feared the most would one day become reality.

In March of 2010, at the age of thirty-seven—having been married not even a year to her husband, Aubrey—her fear turned to reality when she was told she had Hodgkin’s lymphoma, a cancer of the lymph nodes. One oncologist told her it was stage one, while another told her stage two. She was strongly advised by her oncologist not to gamble with her life and was told she needed eight rounds of chemo and twenty-five treatments of radiation.

With the guidance and wisdom of God and the love and support of her husband and family, she took matters into her hands. For months she prayed God’s word over her life, while studying and researching everything she could about the causes and natural cures of cancer. During this process, she would alter everything about her lifestyle, including diet, more exercise, water, and plenty of rest. She started treating herself with natural herbs and supplements, from which she experienced no side effects. On June 23, she and her husband traveled back to Atlanta and had her scans redone. She was told a week later by her stunned oncologist that all the cancer was gone.

Her greatest challenge was to free herself from the spirit of fear and death and accept God’s love, which promised a sound mind. Today, Reschelle is cancer-free—praise God—and speaks boldly that the cancer will never return, in Jesus’s name!