The Merging of Two Worlds

The Convergence of Scientific and Religious Thought 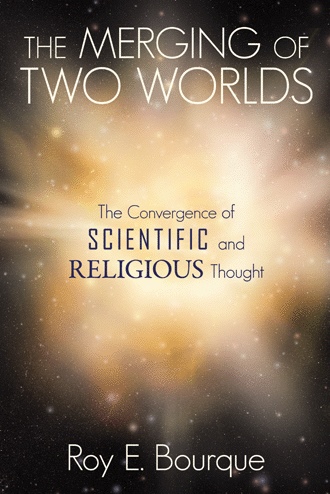 Mystery Of The Split Brain

Recent psychological studies in the field of split-brain research have revealed that the two hemispheres of the brain actually act as two separate minds in a single brain. There is a nerve bundle called the corpus callosum that connects the two hemispheres together allowing them to communicate. In certain patients, the corpus callosum was cut for medical reasons (the patients were suffering from grand mal seizures that were linked to massive electrical discharge of neurons through the corpus callosum). These patients gave psychologists the ability to isolate and identify the kinds of thought activity that occur in each hemisphere. What turned out surprising is that the two hemispheres of the brain don't think alike at all.
The thought activity that occurs in the left brain hemisphere is math, language, writing, science, and logic, all roots of the scientific method. The thought activity that occurs in the right brain hemisphere is music, art, dance, sculpture, perception, and fantasy, all roots of associative thinking . It is these two types of thinking that are the root cause of why science and religion can't seem to come to terms with each other.

Science is not anti-religious; it is simply another way of looking at the world. Quantum mechanics  is the left brain view of what religion regards as the Supreme Being. It has the very same qualities that are attributed to God. It uses different brain functions than that of religion, which is why it does not see what religion sees. But that doesn’t make it wrong; it simply makes it a different expression of the creative powers of the cosmos. It sees them in mathematical equations rather than in personifications, but it is still looking at the same thing. The fact that it is different gives us the opportunity to challenge existing opinions about the nature of the cosmos. The fact that religion has often taken offense is a problem that needs to be resolved.

Floods and drought come about by changes in weather patterns. Volcanic eruptions and earthquakes come about by geological forces building up in the earth’s crust. Diseases come about by microbes that invade biological systems. Infestations by insects follow cyclic patterns. During the dark ages, these conditions were attributed to God’s wrath because they were detrimental to human life, and God was regarded as a superior being in control of these forces.
The Old Testament gives us clues as to why people would have believed such a thing. It was God who cast Adam and Eve out of the Garden of Eden. It was God who spoke to Abraham, Isaac, and Jacob. It was God who gave the law to Moses. It was God who would bring blessings and curses. It was God who would heal the people of their diseases.
All of these verses were written in the age of mythology. It takes spiritual discernment to know what they mean. Understanding religion requires that you understand the symbolism that it is built on. Let me explain it this way; the formula E=mc2 is made up of letters and numbers. It describes one of the greatest truths that have ever been discovered. Yet the formula itself is meaningless if you don’t know what E, m, and c stand for. If all we had was the formula with no explanation, and were being instructed to believe in it on faith, we would have a whole different outlook. There would be disputes between those who say they believe and those who don’t.
That is essentially what is happening to religion. Religious advocates say we must accept religion on faith. But if they are not able to expound upon its meaning, it puts us in the same boat. If you can’t explain the meaning of the symbols that make up religious writings, how can you apply its principles! Ever since we heard the story of Adam and Eve, we have been asking what the forbidden fruit was. And to this day, no one has been able to answer the question. (You’ll find the answer in chapter five.)
Without an explanation of the symbols, religion is blind. Religion is made up of allegories, parables, myths, and metaphors all built on symbolism requiring further explanation. You can’t just accept the stories on faith and expect that God is going to bless you any more than accepting the formulas of science purely on faith and expecting that the world is going to get any better. Only those who know how to apply them will be able to make any difference. The same is true for religion. That is the task at hand, and the reason this book was written.

Things you will find in this book;
•    How beliefs get muddied up and how to weed out fact from fiction.
•    The symbolism used in Genesis and Exodus – you may be surprised at what it reveals.
•    The nature of religious experience and its connection to a higher plane of consciousness.
•    The nature of good and evil – why it exists and how we can influence one over the other.
•    Who was Jesus – I don’t mean the man, I mean “The Christ”.
•    The Mayan Calendar – what happens when time runs out – you won’t be disappointed by the answer.
•    Why evolution isn’t wrong and what it has to say about God.

The teachings of Eastern Philosophy are interwoven throughout the Old and New Testaments. What they have to say explains a great deal about what the Holy Bible is trying to say to us. It reveals much of the symbolism used in religion so that it can be understood. It takes you beyond the realm of faith and into the realm of knowing.

The Mayan Calendar and its apparent connection to end-time prophecy is also reviewed. The evolution of consciousness that it reveals is leading us on a very definite path. Taken collectively, evolution, split brain, Eastern Philosophy, Christianity, and the Mayan Calendar are interwoven to present a worldview that is equally fascinating and very promising.

Roy Bourque was trained in the nuclear power field of the US. Navy. He further conducted independent research into scientific and religious studies spanning over twenty-five years. Having had mystical experiences, Roy was able to integrate religious concepts with scientific facts that brought them to a whole new level of understanding. He blends evolution, Judaism, Christianity, and the Mayan Calendar in a manner that is truly enlightening.

Having served as the control room supervisor for Norwich Public Utilities, Roy is currently retired as a homeowner in Norwich, Connecticut. He has a wife and two stepchildren. He is a licensed private pilot and an active member of the Civil Air Patrol. His hobbies include photography and theatrical lighting design.