The Economy of the Soul 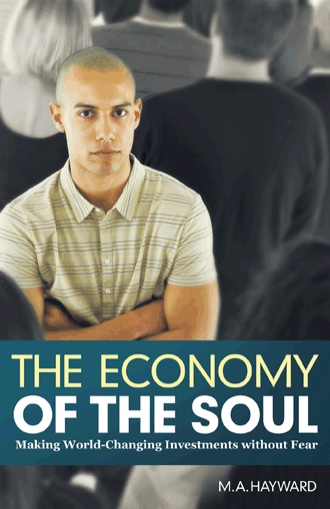 God is the same yesterday, today, and forever. So why does it seem so hard to see God at work within his body and its members? Did God really stop doing great things, or is that just what we say to justify our lack of faith and action?

All of us have a natural longing for more. We want more for our lives, our kids, our ministry, and in our Christian walk, but we do not know what is holding us back.

An economy is an exchange—a system of give and take. Our problem is that we cling to the world’s economy, which focuses on self and is driven by a currency of fear. We are afraid of failure, success and its cost, insignificance, rejection, and exposure. We bring these self-centered fears into the church and fail to trust God—and therefore fail to experience the power and presence of God that we, and the world, desperately need and long for.

What if you could make an economic shift where the focus was not self, but something greater—where the currency that drives it is not fear, but faith in the person and promises of God? The goal of the Gospel is not mere “church attendance,” nor is your salvation simply for your sake. Jesus Christ has redeemed you and put his light in you for a reason. What kind of difference would it make in your life, your family, your ministry, your church, or your world if you could overcome your fear, take God at his word, and live like you believe it?

Michael Hayward is a graduate of Golden Gate Baptist Theological Seminary in Mill Valley, California, and has been serving Faith Community Church in Rohnert Park, California, as lead pastor since 2005. His passion is to see people develop and grow in a love for God, and a love for others, building healthy relationships through which God is experienced, glorified, and revealed to a needy world. In addition to preaching in his home church, Michael has been privileged to speak at retreats and seminars. Michael and his family live in Cotati, California, not far from many beautiful camping and hiking spots, beaches, and other recreational venues in the San Francisco Bay Area.