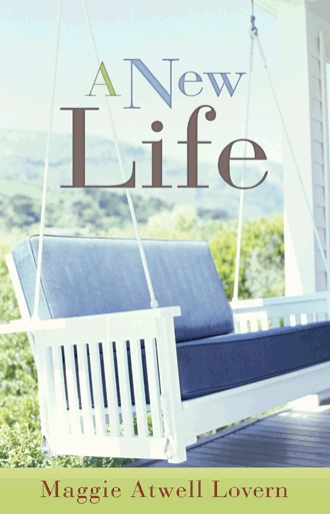 Jenny was gone and the house was strangely quiet. The kitchen was clean, the living room clutter free, and all Leslie’s paperwork was done. She was at loose ends. Looking out her window she felt the breeze come through the screen and decided to take a walk. With a quick spray of bug repellant on her arms and legs she set off toward the McBride’s. The path was beginning to become familiar, as she seemed to be walking it almost everyday to retrieve Jenny. Since Bible School Jenny had seemed even more energized about church. She was happy with her new friend, Ricky, and was making more friends at church. Leslie was glad. The time was soon approaching for Dave and Sherrie’s baby to be born and then she would go stay with them a couple weeks. Jenny was excited. Leslie was nervous. She liked Sherrie but since the beginning of the pregnancy she had acted different toward Jenny. Leslie shook her shoulders to rid herself of the tension brought on by the thoughts of Sherrie and Dave. A path marked by stones on either side caught her attention. She had seen the path on several occasions, but had always been on her way to get Jenny so she had ignored it. Today Leslie took the path that became steeper as it led her up the side of the mountain. The path was well marked and as she traveled a sense of serenity replaced any tense emotions. She could hear the trees whispering. Was it trees whispering or was that a voice in the distance? The higher she climbed the more distinct the voice became, until she recognized it as Rick’s voice. His voice became clearer and clearer as she climbed. Who was he talking to? She saw the 4-wheeler first, and then the path went through two small stonewalls. She stepped up between the walls and her breath caught in her throat. It was beautiful. The path had ended in a forest sanctuary. A stonewall surrounded an earthen dugout that contained ten wooden benches set into the dirt, five on either side. In front of the benches and raised slightly on a rock slab was a pulpit. The pulpit was built of white smooth stones that nearly shone and on top was a large rock that held a bible, and at the moment Rick’s head was bowed over it with his arms crossed beneath his head. Just behind him stood a large wooden cross surrounded at its base by rock lilies. The whole enclosure was then it seemed enveloped by the forest itself to keep it safe. Leslie suddenly felt as if she was intruding, and decided to slowly back away before he saw her but at that moment he raised his head. There seemed to be sadness in his face, but when he saw her he smiled. “How long have you been there?” He asked coming around the pulpit and jumping down from the rock slab. “Not long.” She smiled back. He was dressed in shorts and a T-shirt today, and looking very nice indeed. “I wanted to follow the path and see where it lead, and here I am.” “Nice isn’t it” He reached her and took her hand. “Come sit down, and get the full effect.” He led her to one of the benches and they sat down. He did not release her hand. “Now look up and feel it.” Leslie looked up and the feeling was one of being embraced. The trees seemed to close above and envelope them. Only a small shaft of Sunlight flitted through as if directed by God himself. “What is this place?” Leslie sighed contentedly. “We have our Easter Morning Services here and the occasional Wedding.” He let her hand go and got up to retrieve his bible. “I use it for practicing my sermons and for quiet time with the Lord.” He sighed as he closed his Bible, looking sad again. “Problem?” Leslie couldn’t help but ask. She didn’t know how she could help, but she felt the need to ask anyway. “I just can’t concentrate on my sermon this week.” He smiled a weak smile. “I want to say one thing, and I think the Lord has other plans.”

Leslie Walker has had it tough, but now her life is finally where she wants it to be. When Leslie and her daughter move to the rural town of Graham’s Village, she meets the McBride family. When she meets Rick McBride her view on her life, on God, and the church are suddenly challenged. The hurt and shame of years gone by are suddenly brought to the surface and exposed. Is her life really what she wants it to be?

Leslie must learn how to forgive not only those who have wronged her, but herself as well. Can she subject her daughter to the pain she felt? Can she trust Rick McBride? Can she really forgive her mother after all these years? Her journey takes her from the shame of a childhood indiscretion to a whole new life.

Maggie Lovern is a wife and mother of three; she currently lives in southwest Virginia. Growing up in the household with two pastors brought her up close and personal with many different kinds of people and many different kinds of faith. After becoming an avid reader of Christian fiction, Maggie decided to try her hand at it, using her experiences of growing up.