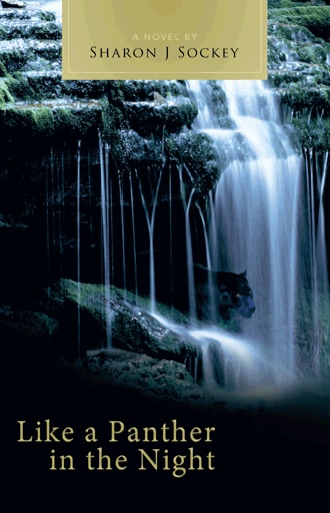 It was hours before Penny was, only slightly, aroused by Shadow's low, warning growl.  Her green eyes fluttered open and shut again.  She heard the creak of the door, but her eyes only wanted to open.  Next, the most ferocious sound she had ever heard took hold of her.  She was sitting upright on the small cot, eyes wide open staring into the eyes of her worst enemy.  The massive figure stood fixed in place in the open doorway.
Penny reached for the rifle beside her.  Without hesitatioin, the gun was in hand, cocked, with Penny's finger on the trigger.  Splinters flew from the wall beside the man.
"One more step and you'll be gone."  He had no doubt.
Shadow still yet kept guard as the girl held the man at bay with the deadly weapon.  Penny swung her legs off the cot and moved to stand.  She wilted like a flower in the hot summer sun.  Her legs gave way and she fell lifeless to the floor.

Penny Brown was left to fend for herself at only thirteen. Her life changed when Brent Holbrook came to town; he cared for her. Then, when she became a young woman, he fell in love with her—or at least, Penny thought he loved her. But on one cold, rainy night, when the thunder roared and the fierce flash of lightening lit up the dark sky, was it really Brent she saw? Who was the stranger that chased her down and stole her away? Beaten, bruised, and humiliated, she was caged like a wild animal. Was this her destiny? From the beautiful hills of Missouri to the swamps of the South, from being wild and free to the chains of bondage, who could she trust? Would love set her free, or would she die believing the only people she had ever loved betrayed her?

Sharon Sockey (Pettigrew) had the privilege of working as a speech pathologist and special education teacher. Now, much of her time is spent writing books, poems, and songs. She also photographs many of the images used in her books. Sharon currently lives in Oklahoma.