Living Rich with a Few Pennies 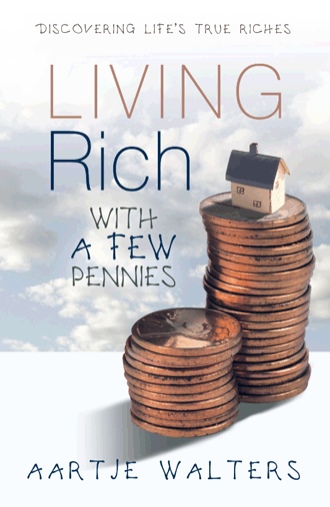 My Life With Ray

As I descended the stairs in our organization's guesthouse in Bangkok, I noticed a young man busily moving suitcases. As I glanced at him, he stopped, straightened himself, and looked at me. I did not know him, and I passed him without introducing myself. We were not to remain strangers, however. Coworkers introduced us to one another: “Ray Walters, meet Aartje van den Brandhof.” At that time, I had no idea that my life would be closely interwoven with his. At first, I was not interested in developing a relationship with any man. Neither was I impressed in any way with Ray. We were both members of the same organization, working in the same vicinity. Our paths crossed on several occasions, and finally I noticed that Ray began to pay attention to me. I began to develop an interest in him, too. Who was this young man? Where did he come from? What motivated him? Why did he give up a well paying job in America to live in Thailand, dependent on family and friends to meet his daily needs?

The Bible, one of the world’s most-read books, says: “You say, 'I am rich; I have acquired wealth and do not need a thing.' But you do not realize that you are wretched, pitiful, poor, blind and naked.” (Revelation 3:17) Ray had recognized that having everything the world offers does not guarantee happiness. He had found the source of true riches. I would like to share with you the treasures Ray discovered and how you can find them, too.

Do you dream to live a life abundant with riches? So did Ray Walters. The quest for happiness lures many to pursue power, prestige, and possessions. Often, in vain, we look for happiness in the wrong places and gain no lasting satisfaction.

Beginning with the hippie culture of the sixties, exploring philosophies, traveling, and thrill-seeking, Ray finally attained the treasures of life that cannot be purchased.

After he made this discovery, his life changed dramatically. Instead of emptiness and hopelessness, Ray found a life full of meaning and purpose—a truly rich life that took him across three continents and afforded him experiences far beyond his dreams.

Experience Ray’s story and how he learned that genuine prosperity can be obtained by anyone.

Born and raised in the Netherlands, Aartje Walters worked with her late husband, Ray, in Thailand for twenty years. Inspired by pictures shown at Ray’s memorial service, A Rich Life with Few Pennies is the compilation of letters and memories Aartje preserved. Presently, Mrs. Walters resides in Indianapolis, Indiana.