Finding Hope Along the Refugee Highway 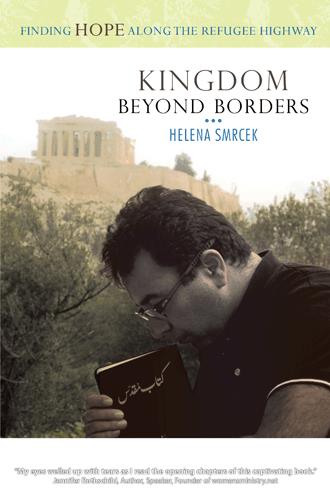 One day when I came home from school, everybody was crying. I asked what happened, but they wouldn’t tell me anything. Soon I understood that my two older brothers, ages nineteen and twenty-one at the time, had been kidnapped by the Taliban forces while they were outside. We never heard from them again. The Taliban regime was now in complete control. Afghanistan was a nightmarish place to be. My uncle who was a Talib told us we should flee. This uncle had actually been visited in Samangan by Mullah Borjan, a high-ranking Taliban member and close friend of Osama bin Laden. He came to thank my uncle for his service to the Taliban cause. I remember he presented him with a briefcase full of American dollars. Once the decision to leave was made, things happened quickly. We sold all our livestock and many of our possessions. We buried a box under the floor of our house containing some important documents and pictures. We left in a great hurry at 1:00 a.m. There were thirteen of us in all, including my mom, sister, and me, my grandparents, two uncles and two aunts, along with four cousins. We made it to Kabul, then to Kandahar. We changed cars and drove to Pakistan. The next day, we arrived at Quetta. We lied to the border guards, telling them we were crossing the border to go to a wedding. They let us cross and our journey as refugees began. It was about a month past my tenth birthday.

Kingdom beyond Borders is a collection of true stories, told by refugees—unwanted people living in extraordinarily difficult circumstances. Helping Hands Ministry in Athens, Greece, shines as a bright beacon on the long and treacherous refugee highway. There, the heroes of this book—like thousands of others—found help, acceptance, and friendship; but above all, they found the key that unlocked the secret to the Kingdom. These are their stories.

A must read for anyone whose faith ever needs encouragement or wonders if true, holistic Christianity exists anywhere in the world.
Craig L. Blomberg
Distinguished Professor of New Testament
Denver Seminary, Littleton, Colorado, USA


It is my hope and prayer as you read these daily devotionals that your concern for modern day aliens— refugees—will go deeper and wider, reflecting God’s heart of grace and love.
Dr. Geoff
Tunnicliffe
CEO/Secretary General
World Evangelical Alliance

Helena Smrcek, a former UN refugee, is an author and speaker, passionate about God’s life-changing power. In her stories, she shares the beauty of redemption, hope, and purpose. She lives with her husband, two teens, a cat, and a dog in Ontario, Canada.