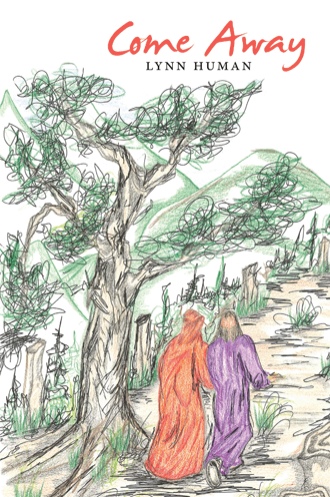 Do you wish you could find more joy in your life?

Do you find yourself running out of time at the end of your gift called a twenty-four hour day and discover you left God out of it?

Is it difficult to like, much less love someone who has hurt you?

In the midst of the chaos that seems to be shoved into the day, God wants to take you away with Him, only for a little while. In the middle of the night, He woke author Lynn Human, saying, “Arise my love, Arise my love, you are so precious to Me.” She was overwhelmed with emotion. Song of Solomon 2:10 states, “My beloved spake and said unto me, Rise up, my love, my fair one, and come away.” Come Away is the most refreshing, rewarding, and intimate time Human has ever spent with her beloved—her Lord.

John has written the Epistles of 1st, 2nd, and 3rd John (1 John 1:4) “that your joy may be full.” He has shown her that love is not an option or an emotion; it is a commandment. As Human has studied and the Lord has taken her through the same forty-day journey, her peace and joy levels have risen. She has learned more about who He is, and their relationship is closer than ever. He wants to take you on the same journey. He loves you.

Come Away takes only a short period of time each day, and God will more than redeem the time you spend with Him. Will you be daring and take the journey?

Lynn Human has been ministering in word, song, and script since high school. She lives in Lancing, Tennessee, with her beloved husband, Conlee “Junior,” and two children, Jacob and Makayla. They have three grown daughters and three son-in laws. God has blessed them with five wonderful grandchildren.