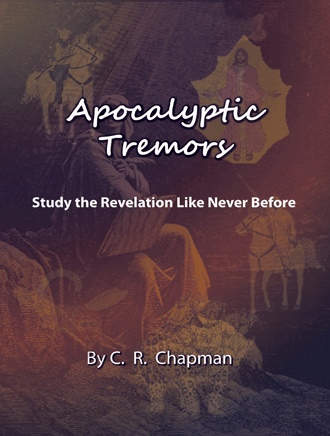 The idea of vengeance and justice is rooted deeply within Judaism. It is a constant theme of the Old Testament. Josephus writes concerning the many times the Jews sought God to avenge them of their enemies. He writes concerning the times when God did avenge His people.
And when the priests found they had been cheated, and that the agreements they had made were violated, they prayed God that he would avenge them on their countrymen. Nor did he delay their punishment, but sent a strong and vehement storm of wind that destroyed the fruits of the whole country...
To avenge means to redeem, to ransom to recover, or to repay. Christ’s vengeance is vindictiveness against the evil man for hurting the righteous and ignoring the righteousness of God.
The martyr’s cry for vengeance is to their Sovereign Lord. Lord, in this verse means despot, not an evil self-serving despot but a righteous divine despot. The Jewish nation called for a despot ruler at Christ’s first coming and again in Revelation the martyrs cry for the King of glory to reign. This time He shall be King of Kings. “Thy kingdom come,” Thy will be done to the unrighteous that righteous men might reign with Christ.
The martyr’s cry is also to a holy and true God. Without righteousness there is no true vengeance and justice, and vengeance is necessary before the establishment of Christ’s new kingdom. To whom else can man cry for true justice, but to the God of the Bible for he is true holiness and true righteousness, for he knows the heart of every man.
The church knows that she cannot seek vengeance for herself. “Beloved, never avenge yourselves, but leave it to the wrath of God; for it is written, “Vengeance is mine, I will repay, says the Lord.” Here in chapter six, we see the patience of the saints who wait for God to avenge them of their enemies. Victory is for every believer who does not surrender hope in the promises of God. In the gospels we read, “If even an evil judge can be worn down like that, don’t you think that God will surely give justice to his people who plead with him day and night? Yes, He will answer them quickly!”
In the last days the true church will be persecuted for claiming that Jesus is the only way. In the last days those who follow witchcraft shall avenge the Christian for their differences, for their condemnations, and for that which is against their own laws and wishes; but Christ recompenses wrath for unrighteousness, and for that which is against His law.

Justice is the declaration of Christ’s righteousness and holiness. The judgment of God is the manifesto that the courts and governments of this world cannot procure. The Nature of God is the basis for all judgment. The judgment of the Revelation is not the result of man’s corrupted karma. This judgment is not the result of a polluted ecology, but the inescapable result of sin -- sin not as man measures sin, but sin that does not align with the righteousness of God. Christ’s Kingdom is established with judgment and with justice. Judgment is necessary to the establishment of His kingdom, for His kingdom is a kingdom of righteousness. .
The vengeance of God is good and right according to the nature of Almighty God. Paul speaks of this to the Church of Thessalonica who were quite concerned about the Second Coming and the judgment of God. “It is a righteous thing with God to recompense tribulation to them that trouble you.”
Judgment is a declaration of His faithfulness and truthfulness. As Christ descends to make war in that great Day of the Lord, He is called “Faithful and True (19:11).” Not until then does righteousness finally prevail. Just before the destruction of Sodom, Abraham said: “Shall not the judge of all the earth do right? The Lord would have saved the city if he had found ten righteous, but He found not even ten. So in the end time, will God find faith upon the earth?
Justice is a declaration of His word. God has spoken and He will perform His word. God speaks not with flattering divination, but “I will say the word and perform it:” says the Lord God. He has promised justice and He will administer justice.

Apocalyptic Tremors is an artistic design of :
Justice -- wild yet divine
Images -- complex yet meaningful
Conflicts -- dreadful yet wonderful
Earthquakes -- yet miracles
Judgment -- yet glory
Kingdoms rise and fall
Satan vs. The Lamb of God
Tribulation yet victory for the believer
Over 20 reasons for a Harvest Rapture.
Does God have the right to be so wrathful?
Will the church see tribulation and why?

By Carolyn Ruth Chapman M.A.
Qualified Teacher and lover of prophecy and truth.