100 Questions about the Bible and the Qur’an 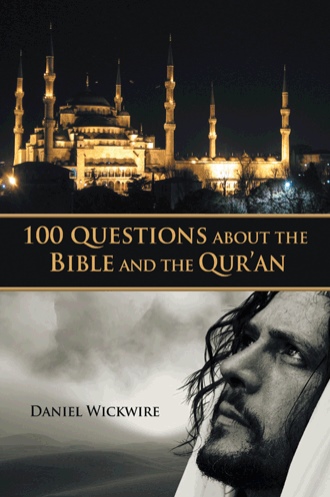 100 Questions About
the Bible and the Qur’an

13.
Do Jews, Christians and Muslims all believe that there is only “one” true God? (Monotheism or Vahdet-i Vücûd)
14.
Are the “God” of the Bible and the “Allah” of the Qur’an one and the same?
15.
In the Holy Books when God refers to Himself, does He ever speak in the form of the third person plural “We”?
16.
Is the concept of Trinity acceptable? (Father, Son & Holy Spirit)
17.
Among the most beautiful names for God, is God’s eternal and unchangeable name “Jehovah” or “Yahweh”? (Esmâü’l-Hüsnâ)
18.
Among the Character and Nature Attributes of God, does God ever reveal Himself as the “Father”? (Esmâü’l-Hüsnâ)
19.
Among the Character and Nature Attributes of God, does God ever reveal Himself as the “Savior”? (Esmâü’l-Hüsnâ)
20.
Is God a distant, transcendental God who rarely ever shows His great power or leaves His fingerprints on human history?
21.
Has God ever shown Himself visibly to people on earth? (Theophany or Ru’yetullah)
22.
Does the infinite God desire to have a close and loving relationship with finite man?
23.
Is the love of God unconditional?
24.
Does God look on believers as being merely His slaves or servants?
25.
Does God make distinctions between people and prefer some above others?
26.
Does God especially hate certain sinners and want to cast some of them into hell?
27.
Is God the author of “good” and “evil” and responsible for doing both? (Hayır & Şer)
28.
Is God’s character and behavior ever capricious or whimsical?
29.
Is it forbidden to prostrate oneself before anyone other than God Himself?
30.
Did God ever command all of the angels, “Prostrate yourselves before Adam”?

The Holy Spirit,
Angels and Demons

64.
Are there verses about people being born with a sin nature? (Original Sin)
65.
Are the wages of sin eternal death in hell?
66.
Does the Lord God Almighty give importance to small sins?
67.
Aside from divine revelation, are the traditional sayings and interpretations of men considered to be trustworthy? (Hadith)
68.
Can the punishment for sin be erased by doing “good works”? (Sevap)
69.
In the mind of God, is it a proper punishment to cut off the hands of a thief?

Meditate upon these things; give thyself wholly to them, that thy profiting may appear to all. Take heed unto thyself and unto the doctrine; continue in them; for in doing this thou shalt both save thyself and them that hear thee.
1 Timothy 4:15-16

The messengers We sent before you (O Muhammad), were not other than men to whom We gave revelation. Ask the people of the Rememberence if you do not know. (We sent them) with clear signs and writings; and We have revealed to you (O Muhammad) the Rememberance (the Qur’an) that you may explain to mankind what was sent to them, that they may give thought.
Nahl 16:43-44

Daniel Wickwire received a BTh in Bible from Multnomah University and a MA in Bible from Columbia University. In Turkey he did a year of doctoral studies in the Department of Islamic Theology at Ankara University. He has engaged in evangelism and church planting among Muslims in Turkey since 1985 and is currently serving under Turkish World Outreach (two-fot.org).