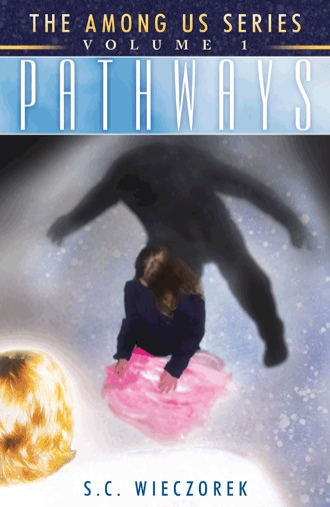 The pressures of life for someone at the crossroads to the future are sometimes difficult to bear, and no one understands those crossroads better than a teenager on the verge of graduation. On the surface it may just look like stress from decision making—having to choose a college and a major, taking the SAT, and going to the Prom. Beyond that surface stress, however, there is so much more brewing— as an invisible spiritual battle rages on.

Fortunately for Emily Newhouse, a high school senior from South Bend, Indiana, she has a champion in her corner. As her guardian and protector, Otium has been charged to take care of her at all costs, living invisibly Among Us, as he helps to guide her through this turbulent period. But as old foes surface with deadly consequences, Otium slowly begins to discover the serious, destiny- changing repercussions of his decisions as well.

As Emily and Otium struggle together through the physical and spiritual battles of life, they will both come to better understand destiny and faith on their journey to find their Pathways.

One of the most difficult lessons that God teaches us is how to hear His voice and how to truly connect with Him. As He has worked on S. C. Wieczorek, and continues to work on him, he has learned that it starts with simple trust and faith—trust that wherever He leads, it will be part of His master plan, and faith that He goes before us.

For many years, Wieczorek felt God prodding him to write, but he always managed to find a reason not to. Finally, God put him in a place and inspired him to write in a way that he never thought he could and about things that helped him to understand God’s nature and love.

Wieczorek is a husband to the love of his life, Deanette, and father to two of God’s greatest miracles, Richard and Anna. His growth throughout the writing process has been incredible; it has helped him to be a better husband, father, and man.

Wieczorek hopes that you enjoy these compositions and that God reveals something to you through them, as He did for him.