God’s Truth About the End of Time 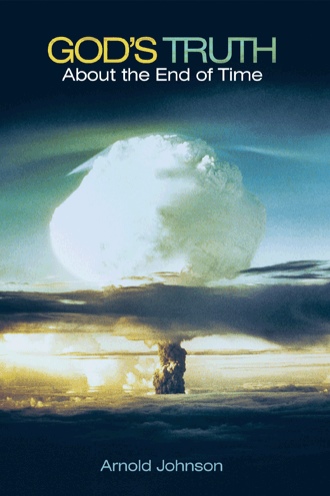 God has reserved the angels, which did not keep their first estate but left their own habitation, in everlasting chains under darkness unto the great day the judgment. Jude 1:6 And there was war in heaven. Michael and his angels fought against the dragon, and the dragon fought and his angels, but they did not prevailed. Neither was there a place found for them anymore in heaven. And the great dragon was cast out, that old serpent, called the Devil, and Satan, which deceives the whole world. He was cast out into the earth, and his angels were cast out with him. Rev 12:7 9 paraphrased And the fifth angel sounded, and I saw Satan fall from heaven to the earth, Rev 9:1a paraphrased And I heard a loud voice saying in heaven: Now comes salvation and strength, the kingdom of our God, and the power of his Christ. For the accuser of our brethren, which accused them before our God day and night, is cast down. And they overcame him by the blood of the Lamb and by the word of their testimony, for they did not love their lives to their death. Therefore rejoice you heavens, and you who live in them. But woe to all those who live on the earth and in the sea! For the devil has come down to you, having great anger, because he knows that his time is short. Rev 12:10 12 paraphrased Hell from beneath is moved for you, to meet you at your coming. It stirs up the dead for you, even all the chief ones of the earth. All the kings of the nations will rise up from their thrones. All of them will speak and say to you: Have you become as weak as we are? Have you become like us? Your pomp and the noise of your viols are brought down to the grave. The worm is spread under you, and the worms cover you. How have you fallen from heaven, O Lucifer, son of the morning! How were you cut down to the ground, you who weaken the nations! For you have said in your heart, I will ascend into heaven. I will exalt my throne above the stars of God. I will also sit upon the mount of the congregation, in the sides of the north. I will ascend above the heights of the clouds. I will be like the most High. Yet you will be brought down to hell, to the sides of the pit. They that see you will look narrowly upon you, and consider you, saying: Is this the man that made the earth to tremble, that shook kingdoms. That made the world as a wilderness, and destroyed its cities. That did not open the house of his prisoners? Is 14:9 17

Arnold makes no claim to be anyone special, but just an avid bible student. When it comes to bible prophecy, he doesn’t believe anyone is more qualified than another. Arnold has a passion for Bible prophecy, and he knows he is not alone. His studies began when he first read the Book of Revelation over 35 years ago, and has been studying it ever since. His book, “God’s Truth About the End of Time”, is different from anything you have read before, and a must read for anyone interested in this time period. Most people know about the destruction that takes place, but it is so much more. This book shows us that this time period is God’s design, and must take place in its proper order. Arnold has divided this book into three parts. The first part is a detailed explanation of the Book of Revelation. Once you finish this part, you will be able to read through the Book of Revelation, and understand it. The second part gives the reader the timeline for the events that take place. Some of the events included in this part, is the return of Jesus, what Satan will do when he is cast out of heaven, how the rapture takes place, and of course the destruction and wars. The third part of this book is a paraphrased unsealed version of the Book of Daniel. Inside this part you will understand the continuous timeline prophecy from Ancient Babylon to the end of time as we know it. This book also gives us some specific dates, such as when Jesus is to return, the nuclear war, and when the end of the world takes place. Arnold currently resides in Lincoln, Nebraska with his wife, son, and two cats. While working on this book, he work at his job during the day, but during his evenings and weekends he would study end time prophecy, which is his hobby and passion. He wrote this book to share with others what he has discovered in his 35 years of study.

I make no claim to be anyone special. I'm just an average bible student. When it comes to bible prophecy, I don't believe anyone is more qualified than another. For some reason I have been drawn to the study of the Book of Revelation, and I know I'm not alone. Once I started to read this book, I couldn't let it go of it. I've always been drawn to puzzles, and I've been working on this puzzle for over 35 years. This work is my hobby, and my passion. I would work on this until my mind turned to mush, then take time away from it, then start to work on it again. For me, this work was a journey. Through my studies, I would learn a new truth here, and a new truth there, until I finally understood the overall purpose of this time period. This work is different from anything you have read before. It covers more than just the destruction. This time period is so much more. I also cover the when and why the saints go to heaven, and what happen to those who do not. This book is for all ages who want an in depth understanding of the destruction of the time of the end, and knowledge of when Jesus will come back for his people.