Examining the True Source of Healing

by Sherri A. Rogers 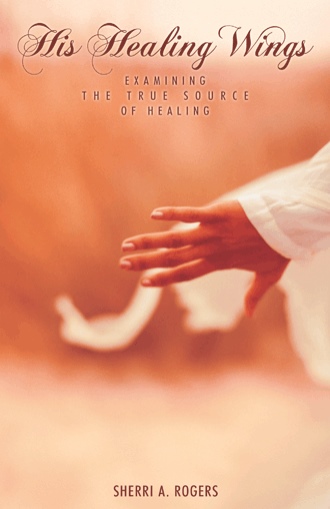 For everything Yahweh has established, the sworn enemy of our souls has a counterpart; a counterfeit that looks, tastes, and smells so much like the real thing that it is difficult, if not impossible, to tell the difference. Satan has counterfeited YHVH’s design for healing.

Removing gallstones today is a fairly simple procedure with few complications; however, did you know that gallstones are a physical symptom of the spiritual problem of bitterness? Wouldn’t it make more sense to take care of the bitterness than to keep having gallstones removed? We have been sold a bill of goods by a counterfeit system, and we need to change that!

YHVH says, “I am your Healer.” Do you really believe it? When was the last time you prayed healing over someone and expected it to happen? Do you look for the cause of your headache or just pop an aspirin? We do not see healing, so we struggle to believe.

We are spiritual beings, and healing is spiritual activity. We do not battle against flesh and blood, but against spiritual forces in heavenly places. What would happen if believers stopped believing in lies—if we stepped outside our comfort zones and really looked at this from a perspective of truth and facts?

His Healing Wings is a compilation of years of research, personal experience, and spiritual growth in the area of healing. From the first moments of trying to find answers to the uncovering of schemes deliberately designed to deceive, author Sherri Rogers lays it all out in a way that is engaging and informative. You may not agree with everything, but it will make you think.

Sherri Rogers has owned and operated a small commercial embroidery business for fourteen years. She has held numerous leadership positions in congregations and has been published in Christian newspapers. She currently resides in Monument, Colorado, and is a trained, experienced facilitator of spiritual healing and deliverance.