Out of a Life of Wreckage 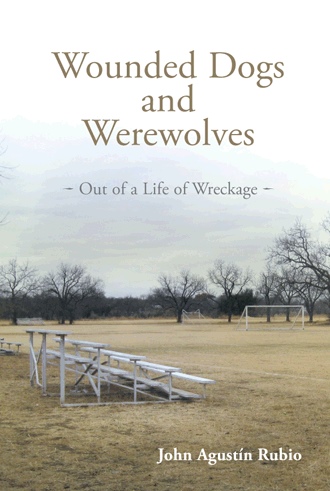 ...So many events spoke to that. They spoke to the fact that no one witnessing the grief of another can understand it, no matter how well-intentioned or kind their efforts. When we make offers of empathy that assume our understanding of another’s grief, we sometimes inadvertently belittle it. And the person is left more alone than before. The most important thing, however, is to be willing to sit with them, quietly, and listen. Listen to them as if the two of you are in a prison cell alone, appreciating that one of you is. One of you is shackled to a pain that they will never escape, while you are free to come and go as you please. So hear that pain. Offer affection, not advice. Let them talk to themselves in your presence. Cry with them, but never for them.

Wounded Dogs and Werewolves is the true story about a boy of seven whose childhood was influenced by abuse, molestation, and the death of his father at a young age, and who then went on to live a lifelong struggle with addiction and depression. As an adult he completely turned from his faith and wandered through life with reckless disregard. After decades of tragic choices, countless years of counseling, financial ruin, and an accident that could have taken his life, he returned to his faith and found something far more valuable than recovery. And he found it where he had never thought to look.

Written as a letter between two friends, the stories are sometimes funny, sometimes difficult to read, and often poignant. This tale ends with the kind of ironic insights that wait for the small hours of the morning to emerge, after all else is gone and you are left alone to grace.

John Agustín Rubio is a trauma therapist and member of the American Academy of Experts in Traumatic Stress and the National Crisis Centers – he writes from the combined perspectives of therapist, survivor, patient, and, most importantly, a Christian who has known grace.

This is his second book, and he is currently working on his third, Higher Mountains, which, like Wounded Dogs and Werewolves, is written from a foundation of Christian faith expressing Christian themes. Instead of telling a true story, however, it is a fictional tale set in the mountains outside Taos, New Mexico. It is expected out in the summer of 2012.

Rubio lives in the Yucatan but is often in the United States, where he spends time with family in the Texas Hill Country and in northern New Mexico. Visit him online at www.jarubio.com.