A Kitten in Search of Hope 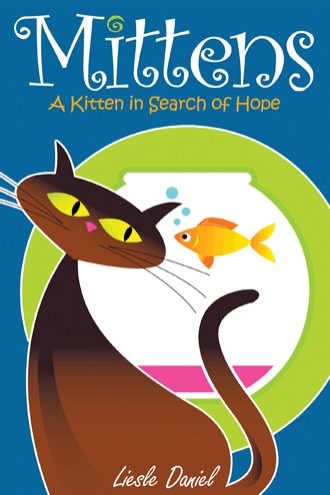 “So, let me give you the tour,” she said to the five new kittens. “You’re a Siamese cat, right?” asked one of the newest additions to the pen. They were so adorable - smaller than normal kittens at six weeks and each one a cute ball of fur. Even their voices sounded... smaller with a slightly higher pitch. “Yes, I’m a Siamese. So here we have...” “Aren’t you supposed to have long hair?” the same fur-ball interrupted with a curious light in his eyes and a shy smile on his lips. “No, actually we’re supposed to have short fur.” “Oh, okay. But you’re still pretty. Especially with those blue eyes.” At this all five of them murmured amongst themselves in agreement. Our kitten had to blush. “Thank you for saying so. Okay, where were we? Oh yes...” “How long have you been here, Pretty Blue Eyes?” another of the litter asked; a grey fur-ball with bright yellow eyes. Abruptly she sat down and glared at the multi-coloured cotton balls that seemed to hang on her every word. Well, the words she could get out in-between all their questions. Our kitten had had enough. Their faces slowly changed from eagerness to doubt to shame. In a much harsher tone than she intended she practically spat the words at them: “Those are the fish. The person is named Ben. Across the room are the dumb pups, then the bird brains and these are the hamsters. Tour complete!” At this she marched off to her usual corner of their pen. Shabby was already there and his eyes were wide in his small face. “Pretty Eyes, are you okay?” She turned her furious glare in his direction and upon seeing the hurt gathering in those big liquid eyes, she sighed and quickly changed the expression on her face. “Oh Shabby, when will I find my person?” Shifting over so that he was leaning his small body against hers he said softly to her in a gentle voice, “She’ll find you, Pretty Eyes, she’ll find you.” She smiled down at him and leaned into him a little to show her thanks for his comfort. They sat together and just watched the other animals pulling off their ‘look at me, I’m cute, pick me’ games every time the magic bell rang. After the bell had rang for the last time that day and Ben was locking up for the night, our kitten lay alone in the fresh sawdust. Every last mini fur ball had found their persons that day and not half an hour ago a little boy had been bouncing up and down excitedly while pointing at Shabby. She had felt a shock of cold ice stab her heart as she watched her only friend be lifted out of the pen. She could still see his little face as he had smiled at her saying, “She’s coming, Pretty Eyes, she’s on her way.” She tried to feel happy for him, but in truth all she felt was very alone. AND I WILL BE WITH YOU ALWAYS, TO THE END OF THE AGE.1 Her head shot up in surprise. “Who said that?” she asked in a loud voice. Silence. “Hello? I just wanna know who said that to me.” One of the pups from across the room replied: “Shh cat. We’re trying to sleep here.” Another, smaller voice added, “I didn’t hear anything. Must’ve been a dream.” Really? “Sorry guys,” she said, quite embarrassed. She tried to put what she’d heard out of her mind, but she couldn’t deny the tiny spark of hope those words had put deep in her heart.

Nobody wants her. Our kitten wonders what could be wrong with her that no one will buy her from the pet shop. She needs a hero and she meets a few in this story of her journey through heartache, doubt and despair that guide her towards her destiny. What is in store for our sweet little friend?

My name is Liesle Daniel and I love the Lord. He has gifted me with passion: a passion for writing and for evangelism. God inspired me to write this book and I strongly believe that that is all it needs for success. If God is for me, who can be against me? I was born and raised in South Africa in a small town called Witbank. I served in my church by being a member of the worship team - I play the bass guitar. Someone once prophesied over me saying he can see that when I play my bass guitar, each note rattles the gates of hell. I truly hope and pray that any book written by me would have the same power.