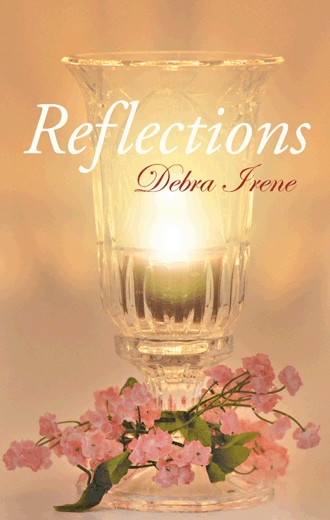 She is a woman of dreams. She once had a dream of a beautiful, wide staircase leading up into the heavens before her. The stairs were pearly white, and on every other step on both sides stood an angel. Everything was white with a touch of gold. The staircase reached up as far as she could see into the sky, curving to the right at the very top and continuing beyond the reach of her vision. Although she could not see the end of the staircase, she knew the pearly white stairs led to those gates of pearl, the residence of God. She never found words to adequately describe the sound that must have been the angels singing. She turned to her sister who was standing beside her and said, “Bye, I’m going to heaven.” Her sister did not understand, could not see the staircase, and quite frankly thought Debra had lost her mind. Why would a young, introverted girl under the age of ten have such a dream? To this day, she remembers it like she dreamed it last night.
In addition to dreams, she sensed things at an early age that she did not completely understand. One evening, on a hot summer night, she decided to sleep downstairs on the couch where it was cooler than her upstairs bedroom. The lights had just been turned out when the telephone rang. The only telephone in the house was on an end table next to the couch on which she was sleeping. Immediately, she knew there was bad news on the other end of that call. Mother and Father’s bedroom was just off the living room. Mother called out to her to answer the phone, but she could not bring herself to pick up the receiver. She knew her aunt Elnora had died. Aunt Elnora had not been ill and was one of Mother’s six sisters still living. But in that moment, she knew this special aunt was gone.
She grew up attending church and learned all of the Old Testament Bible stories and about the birth, death, and resurrection of Jesus. In fact, she can’t remember ever not knowing these Bible stories. But at the age of eleven, she learned personally about the conviction of the Holy Spirit. She can remember doing only two or three things that one might construe as wrong or as sins. One of these was slitting all of Sister Vickie’s dresses two inches up from the hem and accidentally including one of her own in the process. When Mother asked if she had any knowledge of what had happened, she remained silent for several years. But at this appointed time, at the tender age of eleven, the Spirit came over her; and she realized she needed a savior. She sobbed from the depths of her being, repented, found salvation, and knew that someday she would walk the staircase to those pearly gates and see her savior, Jesus.
She always wanted to please God, but like all of humanity fell short. During her teen years, she was active in her church youth group, gave devotions, and began teaching Sunday school classes when she was sixteen. At eighteen, she went her own way for ten years and came to an understanding of how much she needed a savior if she desired to see what was at the end of that pearly white staircase.
After a career spanning fifteen years, she found herself a stay-at-home mom with three young sons. She made her first entry in a journal on June 18, 1993:
I begin this journal today and yet feel it is something I should have started years earlier. Many precious moments, especially spiritual, are not remembered on paper; but the Lord knows I treasure them in my heart.

At that point, she felt she had discovered her personal calling. She was devoted to her family and studied the Scriptures, took ministry classes through a home-study program, taught adult Bible studies, and wrote in her journal. But bit by bit, these additional activities diminished. At one point, she had a few disturbing dreams and wrote about them, but hid her journal for fear of ridicule. She sought counseling, but by 1994, the course of her life for the next fifteen years was etched. She focused on her family and returned to the workforce. In December 1995, she recorded the last of her journal entries: Off to Babylon, but in the King’s service. And now, the journal continues. 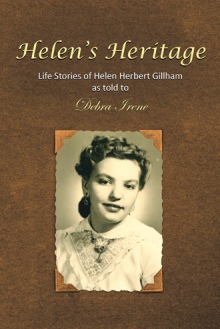 Life is full of choices—choices that determine our path. Sometimes we know when we are at a defining moment, a crossroad, and the choice we make will change or set our course. Much of our life, however, is simply “staying the course” through the good times and the not-so-good times. If we take time to reflect, we grow to appreciate the individuals who influenced our life when we needed to change and the ones who were there when we were simply living out our life. In the midst of these times, did we notice a higher power at work as well?

So grab a cup of coffee or a glass of tea; sit by the fire, on a park bench, or in your favorite chair; and reflect with the storyteller as she introduces you to family, friends, and faith. She will draw you into these true tales throughout her journey marked with laughter and tears.

Debra Irene has lived and been employed by corporations in Kansas City, Missouri, since 1979. She enjoys music, ballroom dancing for pleasure and exercise, and has a passion for storytelling and writing. Reflections is her first, but not last, book. She is currently working on her next “project.”
www.DebraIrene.com