A Scientist's View of the Bible and More 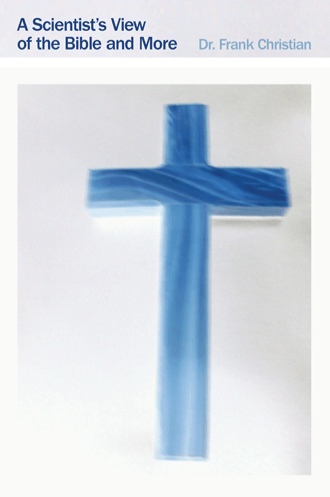 Temple Dedication King Solomon needed to dedicate the Temple that he had ordered built. The building had taken seven years. 2 Chr 5:13 It came even to pass, as the trumpeters and singers were as one, to make one sound to be heard in praising and thanking the LORD; and when they lifted up their voice with the trumpets and cymbals and instruments of musick, and praised the LORD, saying, For he is good; for his mercy endureth for ever: that then the house was filled with a cloud, even the house of the LORD; How might God have done it? Perhaps, the verse describes the chemical phenomenon known as supersaturation. The air within the Temple held more water vapor than the usual maximum for the prevailing temperature. That is to write that the humidity exceeded one hundred percent. Ordinarily, condensation would begin to form. Since that did not happen, it can be assumed that the walls were exceptionally smooth from polishing. The walls must have been clean as well. Furthermore, if the air were clean, that is to write dust free, and steady, no drop formation would occur. In chemistry similar situations often arise. Chemists using new, clean and unscratched, laboratory glassware often observe such an event when solids do not precipitate out of solutions. It also happens when water exceeds the boiling point and yet does not boil or when solutions fall below the freezing point without freezing. A shock to the system can then allow precipitation, boiling or freezing respectively. In the case of the Temple dedication, the music provided the sound wave shock to the system, which then precipitated the drops. The cloud, which is made of water droplets, duly formed. Even today, clouds often form within large hangers and stadiums in a similar fashion. Rain is actually known to occur within these buildings! Later, a lightning strike was sent. At least the second verse seems to indicate so. 2 Chr 7:1 NOW when Solomon had made an end of praying, the fire came down from heaven, and consumed the burnt offering and the sacrifices; and the glory of the LORD filled the house.

This work contains an attempt at an examination of the text of the Bible from an unemotional and scientific point of view. Since God created everything, one can be assured that He did so in a way that He saw fit. It therefore occurs to the author that God may have done things and may continue to do things in a manner that makes use of His creations. This Bible study is written from that point of view. It is not an attempt at theology. The author concludes from this study that the text of the Bible is undoubtedly completely accurate from a scientific perspective.

The author is not a theologian. He is a U.S. citizen who holds an earned Ph.D. in chemistry. He has taught chemistry, physics, math and astronomy at the college level as well as most grade levels from kindergarten through graduate school. He has industrial chemistry experience and nearly three decades experience in academia. He felt a need to write this in gratitude to Jesus and also he wanted a book of this nature.