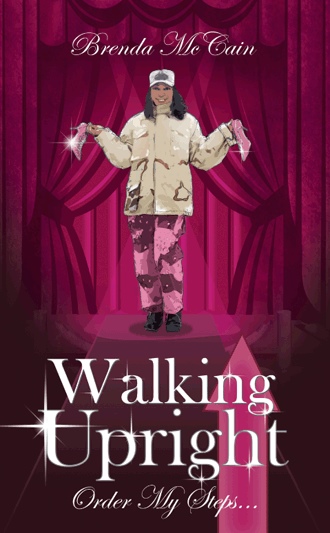 "Who said Walking Upright would be easy?" On the surface self-assured, Tyler Kensington seems to have it all—a fulfilling career on the fast track, a steady relationship, and a tight-knit circle of family and friends. But, upheaval is just around the corner.

Faced with reality of losing her job and her relationship, Tyler ventures into unfamiliar territory when her best friend Alex convinces her to relocate to San Diego. Her mom chides her about growing in her relationship with the Lord and her “I grew up in church” mantra will gradually mean less and less. Her friends, Alex and Rae, though well-meaning, are in no position to offer Tyler spiritual advice. San Diego brings a new friend and co-worker, Chrissie, an older lady who becomes like a mother figure at her new church, Yolanda, and finally meeting someone who isn’t “packaged” to her taste—who isn’t even on her “menu.” Tyler whines to God, “This Ain’t What I Ordered!” "Watch what unfolds as Tyler Kensington, the self-assured, "I grew up in church girl, experiences the Word growing up in her."

Like Tyler, the protagonist in my novel I was downsized from two positions in my career—twice within six years and wondered, why me? During those times, my personal walk with the Lord has strengthened. Like David, I too, have a disability. A lightning strike left me hearing impaired in my right ear. Unlike David, my impairment is not as readily perceived by others. As a result, I’ve become less judgmental of others.

When I decided to write this Christian novel, I was down sized from my job going through some hard times feeling worthless and hopeless. It was the one area of my life where I felt that I had complete control. Writing allowed me to escape from reality to create characters that were relatable not only to me but to others. The more I wrote I realized how profound God’s unconditional love was, and that He had given me a story to tell about His unchanging, everlasting forgiveness. In spite of our circumstances and our struggles in life whether it’s our past, pain, secrets, finances, disabilities, relationships, or our jobs to be loved by Christ is the ultimate joy and fulfillment. It is for people such as these that I wrote Walking Upright ─ people who are struggling with their faith daily wondering Why Me? They should know that God is there, He is real, and He loves them─ no matter what. This novel is about glorifying God and allowing Him to mold and make us according to His will.

Brenda McCain is a woman of faith with an exciting fresh voice in Christian fiction. She is a Minister’s wife, and a former compliance analyst who is very passionate about helping others. She resides in South Holland, IL with her husband.