Building a Firm Foundation that Cannot Be Shaken 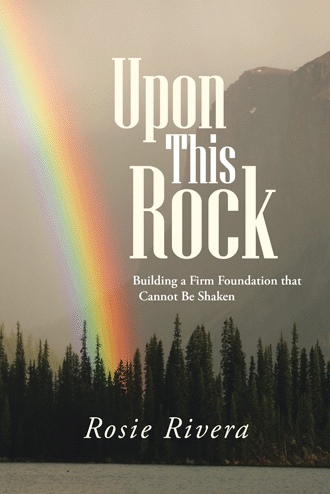 This book is written as a study aid for individuals and group studies, an aid in establishing new believers in the word of God so that they can build a firm foundation that cannot be shaken.
What does it take so that new believers can grow and flourish in the word? In order for new believers to be able to grow and flourish as Christians they must be rooted and grounded in the word of God and in their love for the Lord.
What one does after one gets born again depends on how much understanding he or she has of the price Jesus paid for their redemption. I believe that if one has an understanding of the sufferings Jesus went through to purchase our redemption it motivates one to become a productive member in the body of Christ. Motivation is what produces a desire to get involved and help others, Church is all about people and one’s main focus should be helping people become all that they can be for the Lord. And help them find God’s plan for their life, go after it and fulfill it. Our love for the Lord is what motivates us to love people as he did.
My concern is that many new believers are falling by the wayside due to the revolving doors that exist in our churches. It’s well known that people come into our churches, get born again, get excited about God, some even cry, the conversion seems genuine, we might see them for a few services then we don’t see them anymore. Why does this happen? I began questioning the Lord about it. Where does the solution lie for this dilemma? What is it going to take to keep our new converts from going back into the world? Whose fault is it? What are our new converts being taught?
We as ministers have a great responsibility to the Lord to see that every new believer has the same opportunity to become rooted and grounded in the word of God, that every believer has the same opportunity to become a disciple of the Lord and a productive member of the body of Christ.
The foundation is the most important part of a building, that is what determines how much pressure that building is going to be able to withstand, .As Christians our foundation is what is going to determine if we are going to be able to stand against the tests and trials of life or if we are going to fall by the wayside. If ones foundation is weak ones structure is also going to be weak and when the tests and trials of life appear that person is going to be standing on shaky ground. Many Christians start out well but quickly run out of steam and when the tests and trials come their way they quickly stumble and fall. Many Christians fall by the wayside and never recover.
God never promised us that we were going to float through life on clouds of ease. He never promised our problems would disappear when we became Christians, In all actuality your problems will most likely increase but be of good cheer, you are going to learn how to handle them better.  You are going to encounter many obstacles as you grow but you are going to be able to overcome them instead of them overcoming you.
Whoever comes to me, and hears my sayings and does them, I will show you whom he is like: “He is like a man building a house, who dug deep and laid the foundation on the rock, and when the flood arose, the stream beat vehemently against the house, and could not shake it, for it was founded on the rock. But he who heard and did nothing is like a man who built a house on the earth without a foundation, against which the stream beat vehemently; and immediately it fell. And the ruin of that house was great.” Luke 6:47-49

Jesus said three very important things here; He said whoever comes to me, and hears my sayings, and does them, I will show you whom he is like. There’s more to coming to the Lord than just getting born again, one must go a step further and hear the word and do what it says. Jesus said the foolish man builds his house upon the sand and when the wind and rain beat upon it that house cannot remain standing but quickly falls. The wise man builds a firm foundation upon the rock so that when the storms come they won’t be able to knock the house down. We want to build our lives upon the rock of God’s word.
Notice that the same storms came to the house built upon the rock as did to the one built upon the sand.
What made the difference was the kind of foundation each house was built upon. The storms of life are going to come to saints and sinners alike. It’s going to depend on the foundation one builds whether one is going to stand or fall when the test and trials of life come.
It reminds me of the children’s story of the Three Little Pigs. The first two built their house out of weak materials and when the wolf came huffing and puffing trying to blow their houses down, they quickly fell. They didn’t want to take the necessary time to build a stronger house because they were more interested in play than work. While the other two played the third little pig was busy building his house out of sturdy materials that would be able to stand whenever the big bad wolf came huffing and puffing trying to knock his house down Many Christians are like the two little pigs that built their house out of weak materials, too busy with other things, trying to make it on the Sunday and Wednesday sermons, not taking the time to study on their own and putting the word to work in their life.
Christianity is not a bed of roses for as soon as you make a decision to follow the Lord you are going to encounter opposition from every angle. Jesus said: When one hears the word, Satan comes immediately to take away the seed that was sown in their heart. The enemy has to come immediately because it would be detrimental to him to give the seed time to grow and become rooted in one’s heart. It doesn’t take much effort to go outside and pluck up a newly planted tree of a few days, it’s much harder to uproot a tree which has been standing for several years because it has put down roots and is firmly established. Just as a tree needs nourishment to grow, so do believers need nourishment from the word of God to grow and become productive Christians.
I strongly stress the importance of studying and becoming acquainted with the word of God. When you study the word of God and get it down in your spirit, that word will began to take root in your heart and it will establish you so that you cannot be moved by adverse circumstances that come your way. It is important to read the word of God as often as you can, to meditate upon it and put it into practice in your daily life. Practicing the word is going to make you strong and establish you as one who cannot be moved. 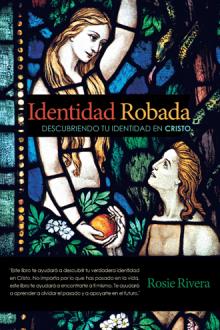 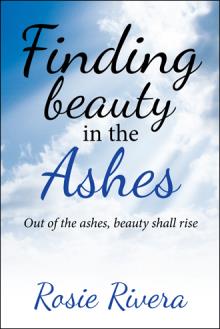 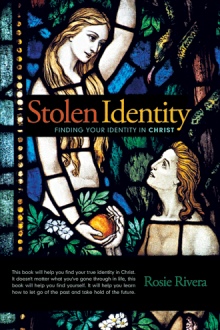 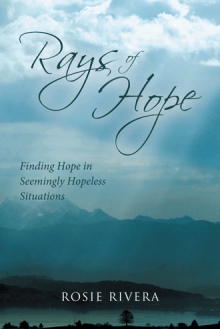 Many new believers struggle due to a lack of knowledge. The Bible states that we as baby Christians should desire the sincere milk of the Word that we might grow by it. Many people get born again and go back into the old lifestyle because they have no root in the Word and their foundation is weak. I would like to see every new believer become established and grounded in the Word so that they have a firm foundation that cannot be moved. Tests and trials come to each of us and the type of foundation our life is built upon determines whether we stand or fall. The more we understand the Word, the stronger our foundation becomes. God desires that we take His written Word and His revealed Word and apply them to our daily lives. This book is intended to inspire new believers to go after God, to get to know Him, and to love the Word. There is no greater joy than knowing Jesus who came to give His life for us so that we can have eternal life.

Rosie Rivera is a graduate of Rhema Bible Training Center. She and her husband make missionary trips to Central America each year to minister to pastors and their congregations. She desires to see God’s people mature and become an asset to the Kingdom of God.