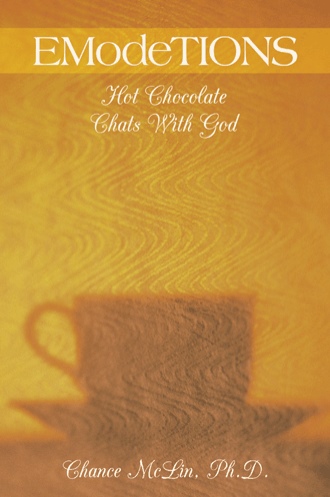 Portions of the cloud glowed as sheets of lightning flashed beneath His feet with each step. As He entered, the violet hue that filled the room was broken only by the golden aura of His Father. Taking a seat to His right, He noticed a look of anguish on His face. "I see the pain in Your face, Father and I feel the heaviness of Your heart. What is the source?" Leaning forward and looking down through eyes now welling with tears, He gestured as He began to speak. "Look at them. That's not what I had in mind when I created them." Jesus leaned forward and looked as He continued. "Immorality runs rampant among them. I'm fed up, I'm tired and I think it's time I pulled the plug." Pointing to the Holy Spirit, slouching in His chair, scratching His head, chewing on the remnants of a number 2 pencil, legs crossed and working a crossword puzzle, He added, "When's the last time He had to go out and move someone? He's put on at least fifteen pounds! This is ridiculous, I've had enough."

An illegaly honest, sometimes humorous but always refreshing look at Christianity from one not afraid to embrace imperfection. It's Christianity 101.

Chance McLin, Ph.D. is a forty-five-year young father of two with a number of achievements to his name. At the age of eighteen, he began a successful career as a rapper, which saw him through four LPs and a number of tours. Two years into college, he dropped out to enlist in the United States Navy. Subsequent to his enlistment, he chose to revisit his didactic path and earned a PhD in cognitive studies in the UK. For years, he entertained radio listeners in Alabama, Tennessee, and Kentucky as the co-host of a prominent talk show, based out of Nashville on WWCR (World Wide Christian Radio). After a life of what he calls “tissue-paper accolades,” he sought to find something to fill the ever-present void that was his life. That “something” was Jesus Christ. He is now single and resides in Nashville, Tennessee.