Holy Pride and Love of Self 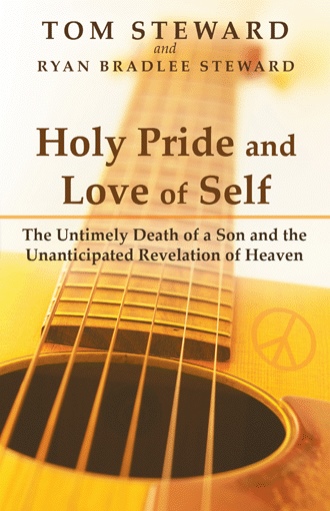 
for David and Ryan

He has gone to some far away destination

A place not easily seen

As I view the gliding of the green swallow floating just beneath the canyon rim.

And there is that crunching sound beneath our feet

The wind, now, picks up the leaves and throws them softly, gingerly, carelessly

Throughout the vehicle in which I am now found.

And the one not gone, but feared to be departed

Is there sitting next to me

Observing the falling and the swirling

As if he knows now what I know

And we do not speak.

And I am less than what I was just a moment ago.

Farewell to the dearly departed

I wrote the above somewhere in the latter part of 2003, I believe in the Fall, which was why there was comment about leaves. David, the young man I knew that was gone and I was grieving for, fell off a cliff near our home on May 7, 2003. Following this accident I visited that cliff edge numerous times to remember and grieve. There were many small birds; swallows I believe, green in color that flew just over the cliff edge during my visits. I have not seen these birds at any time since.

I have always had this premonition that my son Ryan would leave us early. One of the times I was clearly struck with this reality was while I was sitting with him in our GMC Jimmy, also known as “The Beast.” This was also the Fall of 2003 and Ryan was 15. We sat there in that vehicle and I gained a sense of this leaving, which is what I alluded to in the above writing. Ryan was the one who was not gone at that time, but feared to be departed.

My wife has four pictures on a shelf in her office at her work. One is of her mother who passed away in 2008. Another picture is of her brother who died of cancer in 2004. A third picture is of our family dog, Bernie, whom we had for 13 years and lost in 2003. The final picture is of Ryan. These pictures were assembled in my wife’s office at varying times over the last six to eight years. Ryan’s picture has been there for at least six years. There was a reason why his picture was displayed there and not his brothers. Ryan was the one who worked at a photography studio in high school and he was able to secure very nice senior pictures of himself.

Yet why did my wife put Ryan’s picture in among the line up of the departed even before he left us? She knew, like I knew, yet we did not speak a word about it until he passed.

On May 7, 2003, the day David died, Maureen came up the hill to our house. She lived down the street and was a high school student at the time, a year older than Ryan. I remember hearing her sobbing cries as she approached our house. She informed me that it was David who had fallen off the cliff and met his death. We sat and held each other for awhile as we both wept. We then went over to David’s house to be with his grieving family.

On that Sunday evening, a day after Ryan’s passing, while Maureen was home for the holidays, she took that similar trek up to our house to console us in our grief. When someone dies, you walk up the street, you go to the house. You do all you can to console and grieve with those whose long road of pain has just begun. 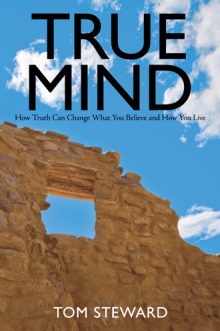 Discover a son’s true beauty and how he impacted others, and also how this young man succumbed to the powers of addiction, losing his life to an unexpected drug overdose. The story does not end there; experience how heaven invaded a situation that could have left everyone hopeless. It was here that the love and grace of God began to shine through with a penetrating light. As in his two other books, Into Solitary Places—One Father’s Journey of Faith Through His Son’s Struggle with Psychotic Mental Illness and True Mind—How Truth Can Change What You Believe and How You Live, Tom Steward has written another revealing account of how life’s struggles do not have to defeat us or define us. We see once again how there is a way to transcend any human experience and emerge as victors. See how our affliction is eclipsed by glory, the eternal weight of glory that is far beyond comprehension. Tom’s ability to capture human experience, from the painful to the glorious, draws the reader into the many and varied experiences of life. He is not bashful to assert that God is always involved, no matter the circumstance, and that there is always a redemptive conclusion, although it may be difficult to see. This book will arouse the power of hope in you as you gain the courage to carry on, regardless of life’s challenges.

Tom Steward is a counselor in northern New Mexico. He finds great joy in seeing people realize their true identity as the Lord’s beloved. Tom aims to capture human experience as he writes, the tragic and the sublime, to reveal how God is at work reconciling all things.