Can you be smart and believe in the Bible, God, and Faith? 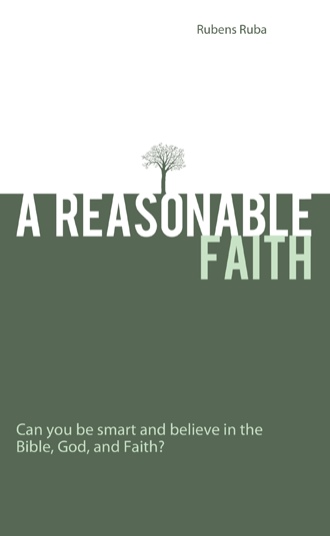 The Debate Can you be smart and be a person of faith? In May of 2010, the commencement speaker at Bucknell University, Lewisburg, Pennsylvania was a distinguished, physician, Dr. Ben Carson of Johns Hopkins Medical Center. He is renowned in the field of Pediatric Neurosurgery. He has over 40 honorary doctorate degrees. He is also a member of the American Academy of Achievement, the Horatio Alger Association of Distinguished Americans, and the Alpha Omega Honor Medical Society. He is the President and co-founder of the Carson Scholars Fund, which recognizes young people of all backgrounds for exceptional academic and humanitarian accomplishments. Further, on June 19, 2008, Dr. Carson received the Presidential Medal of Freedom from President George W. Bush. His original claim to fame occurred In September 1987, when Dr. Carson performed a procedure to separate a pair of seven-month-old German conjoined twins, who were joined at the head. Carson was the lead surgeon on the team which performed the complex procedure. Then, in 1997, Carson and his team went to South Africa to separate Joseph and Luka Banda, infant boys from Zambia. Both boys survived, and neither one suffered severe brain damage. The Bandas were the first set of twins joined at the tops of their heads to be successfully surgically separated. Yet, as he was announced to speak at the Bucknell University Commencement, a small number, yet vocal group of professors and students made an appeal to the administration that he would be “uninvited” because he is “unscientific, since he believes in the Biblical account of Creation, faith, and the Bible.” As an evangelical Christian, and the Senior Pastor of Lewisburg Alliance Church, in Lewisburg, Pennsylvania I was greatly interested in the discussion on two levels. First, I was amazed that in the college world, where there is such pride in ‘free’ and ‘open’ thinking, that Christianity, faith and the Bible, would be regarded as lacking credibility, by some in the university world. But second, I am concerned that the students at Bucknell University, as well as the entire community of Lewisburg would be left without a “balanced” response in favor of Christianity. It is my hope that each reader would be truly open-minded, and that you will find that having a Christian world view is reasonable and rationale. For those readers who would categorize themselves as having been “born again” – the type that results in a conversion, my prayer is that you will come away with a new found boldness in your faith. For those who are annoyed by the first group of born again Christians my prayer is that as you continue to read this book, you may understand the first group better, and as a result, maybe they will not annoy you as much. To the third group of readers who have made up their mind already that Christianity is unreasonable and irrational, I hope that you do read it, and overcome your biases and fears, and actually understand, not a stereotype of Christianity, but the rationale reasoning behind the dogmatic posturing. Bucknell University is a great school of higher learning. I have many friends who teach, administrate, and attend as students. I do believe that the school and it’s administration has done a good job in attempting to provide a dialogue for the school. But this is issue is not just about Bucknell. From my perspective it is about the place that Christ and Christianity plays in our society. Bucknell University’s experience with Dr. Carson’s religious beliefs should serve as a forum for all of us to have deeper discussions. In many ways, you will find this book to be a book about theology. Theology, in its simplest level, is but the explanation of what Christians believe about God. I am a Pastor, and my background is theological. Yet the problem, as I see with many ‘theological books” is that most of them, are written by well meaning authors who try to string words together like…“The Biblical relativism in our society fails to correspond to the pragmatism and realism.” Somehow, reading some of those books adds confusion and do not clearly speak to the issues at hand. So, without trying to oversimplify the subject, I want to do my level best to help you understand the Bible, Christ, and His Church, and to provide a platform of discussion of why the Christian Faith is reasonable.

Christians are often accused of having “blind faith.” Looking at various questions relating to apologetics the author attempts to make the case that Christianity is unique and stands the test of rational and reasonable arguments. There is no conflict between faith and reason. He answers objections relating from Science, the reliability of the Bible, to the “arrogant” accusation that Christ is the only way? Whether you are investigating Christianity for the first time or whether you’re a Christian who’s wondering how to respond to objections skeptical friends raise, this book gives helpful guidance.

Rev. Dr. Rubens Ruba is the Senior Pastor of Lewisburg Alliance Church, Lewisburg, Pennsylvania. He is a graduate of Philadelphia College of Bible, Bethel Seminary, and Luther Rice Seminary. Rubens and his wife Beth, have 2 children – and together carry a lifelong passion of sharing the good news of God’s wonderful love.