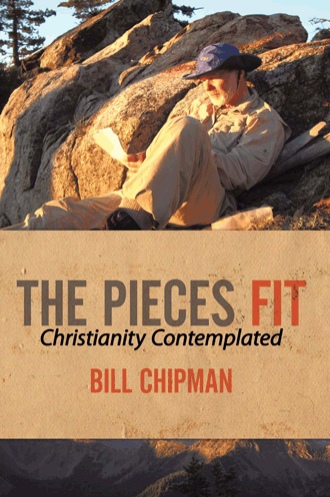 
When I first became a Christian, I began to devour God’s Word. I wanted to understand it in a practical way. How did it apply to the way I lived and thought and looked at things? And how did the whole Bible all fit together? The more I read, the more questions I had.

Half a century has passed since I began my search. One by one I found answers to my questions—answers that gave fresh insights into familiar topics. I found the answers to be practical, scriptural and beautiful to reflect on. They brought all the pieces together in a way that made sense. And best of all, the big picture that emerged revealed how God never fails to love; that He is good, and never fails to do what is best; and that God will never lie, but always stands by His Word. The picture that emerged is love beyond imagination.

To better share my discoveries with you I have included Bible references in the endnotes as unobtrusively as possible for easy reading. The associated verses are a place to start for possible deeper individual study. The text, with these verses, provides ample discussion suitable for group study.

“All Scripture is given by inspiration of God.” That should settle it. Still, some people disagree about what “could have” been added by the human writers, versus others who say God literally “dictated” every word Himself. And they wonder if the writing style of the human authors is 100% Scripture. I’m certain that it is, but I was concerned that voicing my opinion just made me another part of the argument. However, there is a way of looking at this matter that puts an end to all the disagreements. It is this: People (guided by the Holy Spirit), wrote the words of Scripture, and as the words were written, God accepted them in their entirety and “adopted” all of them, including the writing style, as His very own.

When tempted by the devil in the wilderness, Jesus answered by saying, “It is written.” Then He quoted things that were written. He also said, “Scripture cannot be broken!” With these verses Jesus strongly said “Amen” to what was written.

Here is an example of God agreeing with the words of a man and bringing them to pass. Jotham, the youngest son of Gideon, survived when all his brothers were murdered by his half brother, Abimelech. From a hilltop, Jotham shouted a curse on Abimelech and those who supported him. And God agreed with him!

“God repaid the wickedness of Abimelech, which he had done to his father by killing his seventy brothers. And all the evil of the men of Shechem God returned on their own heads, and on them came the curse of Jotham” (Judges 9:56-57)

This example should be enough for us to acknowledge that the principle of God agreeing with the words of a man and bringing them to pass is valid. However, with Scripture God goes beyond agreeing. God calls every word of Scripture His own. Therefore, agreeing whether or not God inspired and directed the writing of every word is not essential to conclude that every Word is God’s Word.

I think of it this way. When Peter was in Joppa,

“he fell into a trance and saw heaven opened and an object like a great sheet bound at the four corners, descending to him and let down to the earth. In it were all kinds of four-footed animals of the earth, wild beasts, creeping things, and birds of the air. And a voice came to him, ‘Rise, Peter; kill and eat.’ But Peter said, “Not so, Lord! For I have never eaten anything that is common or unclean.’ And a voice spoke to him again the second time, ‘What God has cleansed you must not call common.’ ” (Acts 10:10)

In the same manner, what God has called His Word you must not call common.


Therefore, when reading the Bible, it’s profitable not to avoid things you disagree with. Instead, talk to God about those things. Allow Him to change you and your thinking. Here is an example from my own experience of how His Word can change you:

Some years ago I got a job in a big city. The only place I could find to stay was a small, shabby room. It had no kitchen, but there was small table, wastebasket, chair and lamp. I didn’t know anyone locally and I was feeling extremely lonely. I tried to shake off the feeling but it just increased. Finally, I sat at the table and started to read my Bible. I read: “Jesus said to them, ‘I am the bread of life. He who comes to me shall never hunger, and he who believes in Me shall never thirst.’ ” (John 6:35)

When author Bill Chipman first became a Christian, he began to devour God’s Word. He wanted to understand it in a practical way. How did it apply to the way he lived and thought and looked at things? And how did the whole Bible all fit together? The more he read, the more questions he had.

Half a century has passed since he began his search. He found answers to his questions one by one—answers that gave fresh insights into familiar topics. He found the answers to be practical, scriptural, and beautiful to reflect on. They brought all the pieces together in a way that made sense. And best of all, the big picture that emerged revealed that God never fails to love; that He is good, and never fails to do what is best; and that God never lies, but always stands by His Word. The picture that emerged is love beyond imagination.

Bill Chipman’s works include Discipleship for Boys and Girls, published by Operation Mobilization for use in India; and How to Start One-Way Club: Teach Children to Witness, published in Decision. He taught at YWAM DTS in southern Africa where he was a missionary. With his wife, he co-leads an Awana Bible club. Chipman currently lives in California.