From Down Canyon to the Mountaintop 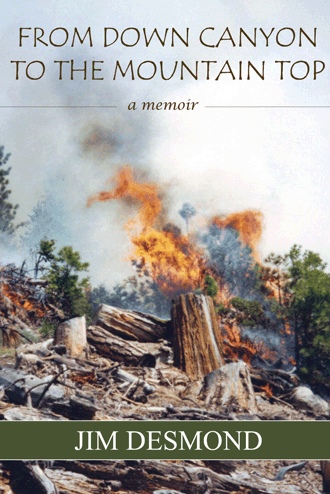 On several occasions, while growing up in San Diego, California, I had the opportunity to go camping in the High Sierra’s.  I always loved the mountains and often wished I could escape the city life of San Diego and live in a beautiful mountain setting.  I dreamed of living in a small rustic cabin in a mountain meadow surrounded by beautiful pine trees and majestic mountains.  Of course just out the front door of the cabin a trout filled stream would meander by.

I had no aspirations or plan to make forestry a career at this time in my life.  As I entered Junior College in 1965, I was educationally aimless.  My stated degree goal in my freshman year was general studies.   I actually stumbled into an interest in forestry.  I started to develop an interest in forestry through the friendship of one on my teammates on the San Diego City College track team.

His name was Gene Stone.  Stone was a big man.  My guess is that he was probably around 6’5” and 280 lbs.  Stone was our top discus thrower.  I was number three on the team in that event behind Stone and   another teammate.

During the summer and fall, Stone worked for the U.S. Forest Service.  He worked in wildland fire and was stationed on the Cleveland National Forest in the Laguna Mountains.  The Laguna Mountains were one of the prettier places in San Diego County.   In the spring he attended City College.   Stone often talked of his experiences as a firefighter for the Forest Service.  He always had some exciting stories about the forest fires that he had been on.  I became envious after hearing about his exciting life. I suspect that is where my interest started to develop in working in the great outdoors.

I started to think that maybe forestry was something I could develop an interest in. I started to look into it.  But, first I had to take a bunch of lower division courses in biology and the natural sciences.  Biology was the first hurdle that I had to get over to pursue a major in forestry.  Courses such as Bio-statistics, Botany and Zoology were backbone courses of the pre-forestry program.

In the fall of 1966, I started taking some biology classes at City College.  My interest was mostly in botany, as plants were far more interesting to me than animals.  But, I did take several other courses such as Invertebrate Zoology.  I had some really good instructors at City College.  Dr. Don Wemple and Mr. Dennis Ancinic were excellent instructors in the biology department. They made biology fun and taught in a way that I learned.   I did well in biology because I had good teachers.

After two years at City College, my intent was to transfer to a four-year college such as Oregon State or the University of California at Davis.  Both offered forestry and natural resource management degrees.  I was idealistic and aiming high.

As I looked through college catalogs from those schools, I discovered that both had tough requirements in core subjects such as mathematics, physics and chemistry.  I found that it would take me five years of tough coursework in order to get a bachelor’s degree.  As the school year progressed, I became increasingly discouraged.  Beyond the spring semester of 1967, I had no idea where I would go to school or what I would major in.  At least I had completed two years of college.

I believe it was Stone who mentioned this school in Northwestern California that had a forestry program that wasn’t as tough as UC-Davis or Oregon State.  This was the first time I had heard of Humboldt State College in the coastal community of Arcata.    The only thing I knew about Arcata and the North Coast was that it rained a lot.   I was intrigued about the prospect of going that far away to school.

Of course if I could find a school that was going to be relatively easy, I would be interested and would check it out.  I sent for a college catalog.

To my surprise, Humboldt State had a forestry program and degree that was attainable.  I would have to still work and study hard, but I could do it.    I was getting good grades in my biology classes and certainly forestry classes couldn’t be that much tougher.  Sight unseen, I applied and was accepted into Humboldt State starting in the fall quarter of 1967.

In the early spring of 1967, I became interested in applying for summer jobs with the Forest Service.  I wrote and received employment information from several national forests in California.  In those days, there was no central employment office.  You sent in an application directly to each forest and in some cases each individual ranger district.   That’s what I did.  I sent out about 10 hand-written applications to forests in Northern California.   I then waited for a reply. 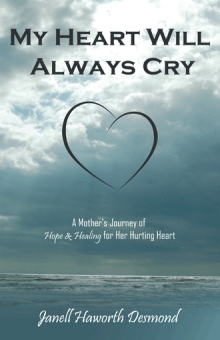 Jim Desmond spent thirty-three years managing and protecting our nation’s natural resources. As a forest ranger, campground supervisor, wildland firefighter, and natural resources manager, Jim reveals this firsthand account of events he witnessed during his career. He shares personal observations and experiences, providing insight into the career of a public servant. Jim intertwines the events of his early years of searching for direction, the highlights of his early career, his eventual life-changing spiritual experience, and his subsequent rise to a successful career in management. His life and personal experiences are a human-interest story of spiritual and professional growth.

Jim Desmond is a graduate of Humboldt State University in Arcata, California. His thirty-three-year career includes working in a variety of jobs for the United States Forest Service, the National Park Service, and the Bureau of Land Management.