My Heart Will Always Cry 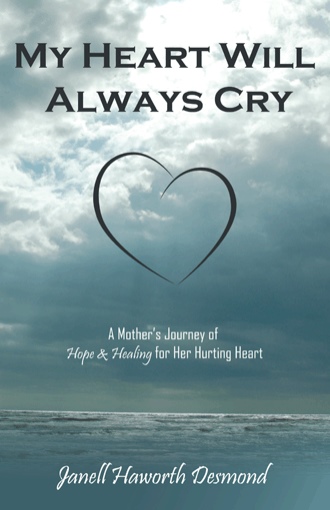 My Heart Will Always Cry

There are a few days in my life that I can recall as if they happened yesterday. July 27, 1984 was such a day. The raw emotions, overwhelming feelings, and vivid details have never faded from my memory.

The chain of events leading up to this unforgettable day began earlier that year. My five-year-old son, Jeremy, was playing outside in the sandbox with his Tonka trucks, when a beautiful Siberian husky wandered into our yard. After a few days, we located the owners, and by the time they came to claim their pet, Jeremy had fallen in love. He decided he wanted a dog just like it.

Jeremy started doing chores around the house to earn money to buy a puppy. He collected aluminum cans from alongside the road to take to the local recycling center, where he would turn them in for cash. Once he even ended up with a bad case of poison oak from scrounging around for cans in a bushy patch of vegetation.

When Jeremy’s sixth birthday rolled around in March, he requested money instead of toys so he would finally have enough to purchase the desired puppy. After doing research on dog breeds, we discovered an Alaskan malamute would be a better choice for a young child. Jeremy ended up buying an eight-week-old malamute pup.

Jeremy named his little ball of fluff Sheba. He loved her very much, and it was obvious that she was devoted to her young master. They ran and played until they were both exhausted. At night, Sheba would cuddle next to Jeremy as they slept in the warmth and comfort of his bed.

On July 27, 1984, Jeremy and six-month-old Sheba awoke to a seemingly normal day. It was a Saturday, and Jeremy and I drove down the mountain to Fresno to get groceries. We had tethered Sheba to a wire cable because we didn’t have a fenced yard. While we were in Fresno, Sheba managed to free herself. When we got back home and pulled into the driveway, we saw her run to the other side of the road. Jeremy and I quickly got out of the car and crossed the street to bring her back home.

Before we had a chance to put a leash on her, she bolted into the road, just as a yellow Camaro sped around the corner. Jeremy yelled, “Stop, stop!” The driver of the Camaro didn’t see her until it was too late. The impact threw her to the other side of the road. I held Jeremy’s hand tightly as we ran back across the road to Sheba’s side. We stood helplessly next to her as she tried to lift her weak and broken body, which moments earlier had been rambunctious and full of life. I will never forget the pleading look in her eyes as she gazed for the last time at the little boy she loved and trusted so much. Jeremy was overcome by emotion as the realization of what had just happened started to sink in. I had to physically restrain him so he wouldn’t try to pick Sheba up.

The driver of the Camaro was an undercover policeman. He asked me to take Jeremy into the house and away from the painful scene of the accident. Jeremy was still hysterical, and as soon as we got inside the house, he threw himself on the floor. He began pounding it with his fists as he screamed, “No, no, no!”

I frantically grabbed the phonebook to find the number for a local veterinarian. I knew in my heart there was no hope, but I had to try to get help anyway, because my son was hurting. I couldn’t just stand there and do nothing. I was still on the phone with the vet’s office when my husband, Jim, came in and told us that Sheba was dead.

Jim placed Sheba’s body in a large black trash bag and dug a grave for her. He made a wooden cross and wrote Sheba’s name and the date on it in orange paint. We had a graveside ceremony, and Jeremy placed the cross on the little mound of dirt and rocks that covered his beloved pet. Standing next to Sheba’s grave, through tears of sorrow and pain, Jeremy expressed his deep love and profound loss by saying, “My heart will always cry for her.”

All I could do was hold him and let him cry. He had just buried all of the hopes and dreams he had for the puppy he had worked for so lovingly. My heart ached for Jeremy, and I desperately wanted to take the pain away from him. This wouldn’t be the last time in Jeremy’s life that his hurt would be greater than my ability to console him. 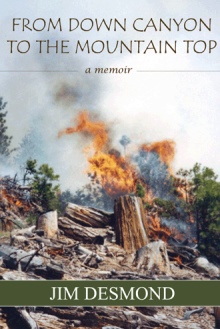 From Down Canyon to the Mountaintop
Jim Desmond
$22.95

In the early morning hours of January 14, 2000, Janell Haworth Desmond slept soundly. On several occasions in the past, she had been awakened from sleep with an urgency to pray for her children. This didn’t happen that Friday morning. Instead, she was awakened at 6 a.m. by a phone call that would change her life forever.

My Heart Will Always Cry is the true account of Janell’s life as she weaves together a fascinating journey from her exciting entrance into the world, to comical and mischievous childhood incidents and her experience as an unwed mother. She shares the joys and drama of raising children, coping with life changes, and the importance of faith. Janell walks through the darkest season of her life in an emotionally raw, heartfelt, and honest description of losing a child and dealing with grief, guilt, and heartache. Through her journey, her faith in God is evident as she shares the hope of heaven, the assurance of salvation, and the grace and peace that can only come from a relationship with Jesus Christ.

This is a poignant, gripping and inspirational story of the consequences of life choices, overcoming great tragedy, and finding comfort and hope in the midst of pain and sorrow.

Janell Haworth Desmond is a wife and working mother. She is an alumna of Multnomah University and Master’s College. She has spoken throughout the country about her life and how she dealt with personal tragedy and loss. Janell has lived in several states but will always call California home.