How The Word Became Flesh 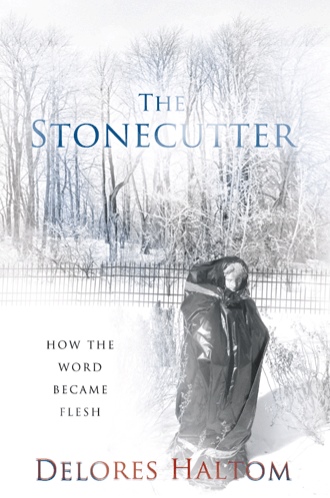 Then God called Moses back to the top of the mountain.

And now here he stands, Moses, one man, between God and the people, negotiating. He had stood in the breach between God and the Hebrew people before but this time was different. This time, the people had committed a great sin and now Moses had to appear before an angry God and plead for their forgiveness.

And he had broken the stone tablets carved by the very finger of God...

If you had broken seventy, or seventy times seven stone tablets, God whould have forgiven you and carved them again because neither your anger nor the idolatry of your people could ever prevent God's love from reaching man. Those carved words, those laws, were the essence of God's love and they changed the course of human history. Nothing was ever the same after the law was carved in stone and placed in the hands of man.

Once, when Jesus was making his triumphal entry into Jerusalem, his disciples, ever cautious in the presence of the Romans, asked him to tell the crowds to be quiet. Jesus replied that if the people were quiet, the very stones would cry out. Surely he was speaking of the Ten Commandments because that is exactly what has happened. When Christians are silenced and denied the right to proselitize, the Commandments, carved in stone and sometimes stamped in plastic appear in private yards and on walls. Nothing can stop the Commandments from achieving the purposes for which they were given.

The Commandments achieved three main purposes. They became the walls that delineated, surrounded and protected man inside his newfound relationship with God, they preserved man from the many pagan gods who were really demons, and they taught man how to live with his fellowman.

God created the very earth to further His purposes. The earth is created from chaos but is not chaotic. The oceans and continents are strategically arranged by God's design. Geology is not 'Mother Nature"; it is the hand of God. It is no accident that our nation is bounded by two oceans and held in reserve until the perfect time for the furtherance of the gospel had come. And the gospel has gone forth from this nation like no other.

The Commandments would eventually travel from the mountains of Israel to Turkey, Rome, and the courtrooms of England where they would be codified and become the basis for English law. When the time was ripe, Pilgrims seeking religious freedom brought them to America where they became the basis for the Mayflower Compact, the American Constitution and the Bill of Rights.

The Commandments came full circle when God's chosen people returned to their long-promised Holy Land after World War II. Battered, tortured survivors of the Holocaust stumbled ashore in Israel, took up arms, and chose a democratic form of government.

The Ten Commandments have been ignored, debated, denigrated, and misused but they will stand forever. Moses is gone, prophets and kings have come and gone, but the Word stands forever as a witness that there is a God and that He is active in the affairs of His people.

Celibeth Jones wore a man’s heavy denim jacket, coveralls, and a pair of scuffed brogans. Thick, gray hair straggled from beneath a tattered stocking cap. She walked briskly, resolutely, looking neither to the right nor to the left; her bushy, black eyebrows were knitted together in a permanent scowl.

“Is she angry about something?” Henon asked.

“I was hoping to have friendly neighbors.” Henon stared unabashedly as the elderly woman passed the barbershop window. Celibeth glared back at him. “Wow! If looks could kill, I’d be dead. She’s positively intimidating.”

“You better be intimidated,” Otis said grimly. “She killed her husband.”

“Otis!” Hezekiah threw the newspaper down on the floor.

“And got away with it,” Parker chimed in.

Hezekiah slammed the door on his way out of the shop.

Delores J. Haltom, seventy-two, is a world traveler who studied extensively in the Holy Land. She has been a life-long member of the Nazarene Church in Indiana, where she served as a Sunday School teacher. This is her first book.