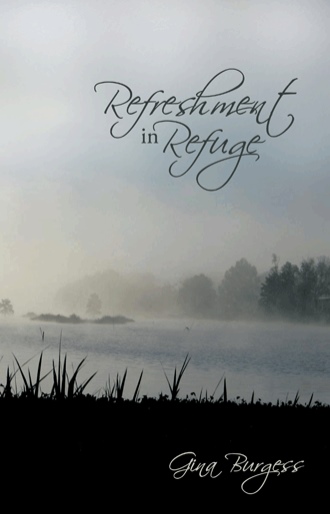 A little dog revived with rain, a desperate woman comforted by warm arms, an intimate look at Mary Magdalene’s thoughts the morning Christ arose, a woman’s unselfish desire, are a few of the stories in this volume about living the Christian life. They illustrate some extraordinary paradigm breaks and parallels in living as Christ would have His Bride live.

Sometimes everyday living creates a fog over our spiritual enlightenment, dulling our understanding and even our relationship with God. Other times we get entangled in worries and cares of the world. Christ’s light will guide us to clear thinking, and He will burn off that fog just like sunshine. This is a collection of stories and studies of how to make Christ ruler of your heart, allowing the Son to dissipate the fog of trials and troubles that invade our lives on a daily basis.

Gina grew up in Monroe, Louisiana and studied journalism in college there, but took a thirty year detour to raise two beautiful daughters in Baton Rouge, LA; then went back to school and graduated with a BAAS degree from Midwestern State University in Wichita Falls, Texas, the same college her mother attended. For more than thirty-five years she has taught Sunday School and Discipleship Training because God gifted her with the motivational spiritual gifts of encourager and teacher.

She has been an editor for several publications, including Lifestyles Editor at her home town newspaper, The Picayune Item in Picayune, Mississippi; and she writes a weekly column for Studylight.org as well as bi-weekly columns at EverydayChristian.com. You can visit her at RefreshmentRefuge.blogspot.com, and check out her book reviews at Upon ReflectionBlog.blogspot.com.

“I love using my God-given talent to shine a light in a dark world. I am absolutely committed to bringing God glory with my writing,” she professes.