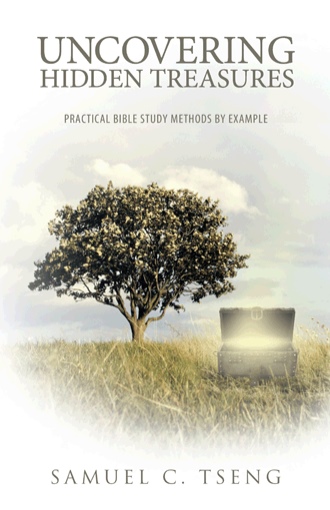 All Christian churches encourage their members to read the Bible, but not all churches provide proper programs of instruction in how to study it. Howard and William Hendricks, Rick Warren, and others have written excellent books on how to study the Bible, but many Sunday school students and even some teachers do not have the patience to study principles and methods. Even if they do, there is still a gap between the principles and their application.

Many prefer to rely on good sermons and commentaries to learn how (or what) to think about the Bible. This is at best no more than an unconscious attempt to learn how preachers study the Bible. As a result, these students forfeit the joy of finding truths and new insights in the Scripture for themselves.

The unique contribution of this book is to fill that gap by answering questions frequently brought up by believers, seekers, and skeptics on several passages in the Bible. In the process the author both defines and demonstrates the principles of several Bible study methods, in a sense complementing those books which teach the methods of studying Bible.
This author believes that many truths in the Bible have long been ignored or misinterpreted by some commentators. The selection of the first five passages for study in this book is based on three criteria:

• Passages which are already familiar to new believers and so familiar to mature Christians that they think no new insight remains there to be uncovered.

• Passages in which the author believes that he has found hidden treasures to enhance the readers’ faith.

This author also believes that people cannot know God’s will unless He reveals it to them, and He reveals only as much as they can absorb. As civilization progresses, the Holy Spirit will give additional insight and clarity from the same passages of the Scripture. Thus the author has employed discoveries in science and engineering to support several hard-to-explain theological topics in these four chapters. For example, in the narrative of the first two days of the Creation, the Scripture has clearly told us that light has finite speed and the universe is finite and expanding. These facts have never been mentioned in books written by believer-scientists, to the author’s knowledge.

Recently, the faith of many Christians and seekers has been shaken by statements of the renowned physicist Stephen Hawking in a new book and in the interview by “World News” anchorwoman Diane Sawyer. Hawking stated that God is not needed in the creation of the universe. In this chapter, the author has made comments opposing this view and advises readers not to worship science or the scientists and keep hold of their faith in God. The author further illustrates that many problems cannot be solved or explained by quantitative analysis of physics or math and that their solution must rely on metaphysics. When metaphysics is involved, the distinction between science and religion fades, and they converge on questions that are resolved by faith in God.

The author shares his believe about how a student is able to know his or her discoveries of new insights and interpretations are truths intended by God.

Uncovering Hidden Treasures gives you examples of how you can enjoy your Bible Study, instead of reading the Bible just as a dull daily Christian duty.

There are truths in the Bible that have long been ignored or misinterpreted by skeptics, seekers, bona fide Christians and even some commentators. Uncovering Hidden Treasures gives you examples and how to avoid them.

When you have discovered a new insight during your Bible study, how will you know your new insight and interpretation is a truth intended by God? Uncovering Hidden Treasures suggests criteria that help you know.

Uncovering Hidden Treasures gives you examples that people cannot know God’s will unless He reveals it to them and He reveals only as much as they can absorb. As civilization progresses, the Holy Spirit will give additional insight and clarity from the same passages of the Scripture.
Uncovering Hidden Treasures gives you examples of how science and technology support the Scripture. For example, have you ever thought that the Bible clearly told us that light has finite speed and the universe is finite and expanding, the facts that have been discovered only in recent centuries? Find it out in verse by verse interpretation of the first two days of the Creation.

Is your faith shaken by recent statement of the renowned physicist Stephen Hawking? He stated that God is not needed in the creation of the universe. Uncovering Hidden Treasures gives opposing views and advises you not to worship science or scientists and keep hold of your faith in God. It gives you examples that you need as much faith to believe in science as you believe in the Bible.

Dr. Samuel C. Tseng has served the Lord as an elder in several Christian churches. He was a member of the steering committee when the Reformed Church of America started an Asian ministry in greater New York City in 1980. He has preached by invitation at several churches as a guest speaker.

He was a research staff member and a manager with IBM Research Division, as well as an elected fellow of the Institute of Electrical and Electronics Engineers (1986). He has been retired from industrial work since 1992.

He has been happily married to his wife, Sharon, for forty-three years and has a son, Joseph, and daughter-in-law, Tina. They live in Almaden Valley, San Jose, California.