Saving Our Nation and Ourselves 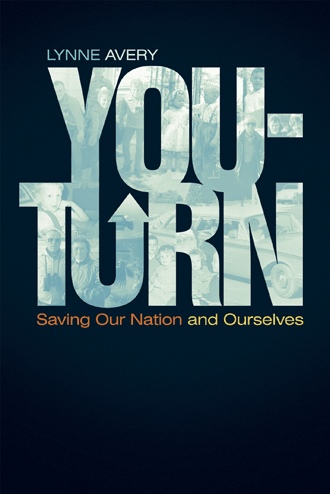 The following description of the rise and fall of the most outstanding civilizations in history should be posted in every classroom, place of employment and government office in our great but struggling nation.

"The average age of the world’s greatest civilizations from the beginning of history, has been about 200 years. During those 200 years, those nations always progressed through the following sequence: The people go from bondage to spiritual truth, from spiritual truth to great courage, from courage to liberty, from liberty to abundance, from abundance to selfishness, from selfishness to apathy, from apathy to dependence, from dependence back again to bondage." Cycle of Democracy (Alexander F. Tytler, University of Edinburgh, Scotland history professor, 1770).

The United States was a very young country when this observation was made and our future was still unknown. However, over the ensuing 240 years, we have pretty well stuck to the pattern outlined by Dr. Tytler. It isn’t hard to see where our country is at in this sequence…one foot in dependence and the other in bondage.

It would be a mistake for us to think that we cannot lose our freedoms when it has happened to others again and again throughout history. A nation whose people do not routinely practice honesty and fairness and who do not feel connected to each other can easily fall into anarchy during a severe economic depression when government safety nets become depleted. If we continue to act like vultures fighting over the carcass of a beached whale (our country) we may all find ourselves sitting on top of a well- picked skeleton and asking ourselves, “What happened…?”

When we look at both the problems that we face, how they developed and even more so, why we have been ineffective in solving them, one root cause emerges. That cause is referred to in a little known verse in the patriotic song, “America the Beautiful:”

" America! America!
God shed his grace on thee
Till selfish gain no longer stain
The banner of the free!" Katherine Bates


It is interesting to note that Dr. Tytler’s little sequential model identifies “selfishness” as the entity that begins the decline of great civilizations. For the past half century our country has increasingly embraced selfish gain and we are paying the price in every area of our society. I am not talking about profit or gain that is a normal part of capitalistic interaction. (Our country was far more capitalistic in the 1950s than it is today and yet, as we shall see, people were less selfish than they are today under our neo-socialistic system.) I am talking about gain of any kind that we are not entitled to.

Generally, the reasons we are not entitled to gain is because the gain itself is immoral (such as the gain of another person’ husband) or because the means by which the gain is obtained is immoral i.e. via dishonesty or unethical business practices.

When we baby boomers were growing up in the 1950s, our society promoted, honored, and even demanded that people practice the golden rule (do unto others as you would have them do unto you or love your neighbor as yourself) or at least attempt to practice it the majority of the time. Of course, the racial and gender inequalities back in the 1950s were a glaring exception to this. Thankfully we have made significant headway in addressing these inequities over the past 50 years.

At the beginning of "You-Turn" we will revisit life in the United States in the 1950s. I suspect many readers will relate to some of the personal anecdotal remembrances. Life was not perfect but kids were safer and freer than they are today. The underlying values that were taught and practiced back then are revealed in the way people lived and related to each other.

Many of us boomers have forgotten how much freedom we had as kids in the 50s. We were also more trusting of our fellow citizens and often happier with our personal lives than many children seem to be today. Hopefully tracing the breadcrumbs backwards to a more other- oriented place in time will remind the baby boomers that we are actually happier when we give more and take less.

More importantly I want to help the younger readers to see the possibility as well as the advantages of “treating others as we want to be treated.” My personal relationships with many young people tells me that this generation desperately needs the message that they are loved unconditionally and that their value has nothing to do with how they look, how much money they have or what others think of them.

Next we will put on our tie-dyed shirts and bell bottomed pants and venture into the late 60s and early 70s to see how our nation’s values changed. I, like many of my generation, was in the vortex of the 60s storm and so am able to present many eye witness accounts.

Then we will return to the present day and evaluate the problems we face as a society (including our vanishing freedoms) and as individuals in the light of this new value system. Finally, we will look at how we, as individuals, can reverse the downward spiral of our nation.

The need for Americans to come together as one people and to work and sacrifice for each other is not just a “nice idea.” It is critical to the survival of our democracy. Selfishness leads to conflict which opens the door to more laws and less freedom. If we begin paying the golden rule forward instead of selfishness, the resulting trust, honesty, and fairness will enable us to work together and make the most of all of our people’s talents and resources as we attempt to solve the problems of this nation.

If we are to avoid the “bondage” that Tytler refers to, all of those who love the United States of America, despite her flaws, must, with God’s help, turn away from the selfishness that divides us.

For those who do not love this country or who feel disconnected from her legacy of freedom and opportunity, remember, we are all sitting in a life-raft in a rough ocean. Although you may not like the brand of the raft, it would be wise to commit yourself and your oar to rowing with the rest of us towards a safe landfall. Perhaps you will find a connection and love for our nation and its diverse people while working in harmony with the rest of us for the common good.

The United States, as well as most of the world, is sitting upon a precipice of economic collapse, which will likely lead not only to the loss of our affluence but of our freedoms.

When I was a child in the fifties, despite the problems that existed, our nation was more honest, unified and free. Although we were far less affluent back then, most people felt connected and life had meaning. This book is a memoir of the 1950s when people believed in the Golden Rule, even if we could not always live by it. It is a personal recollection of the moral you-turn we took in the late 1960s and the consequences that change has had on how we live today.

For the past fifty years we have increasingly embraced the “me first’ mentality that is the underlying cause of our decline. We cannot really love others, nor can we fix the problems of our nation if all we think about is ourselves.

When we, with God’s help, find a place in our hearts for each other’s needs, the resulting honesty, good will and unity will be the foundation upon which we begin to rebuild America.

LYNNE AVERY:Lynne Avery is a quintessential baby boomer. Born in 1951, she grew up during the unprecedented optimism and stability of the 1950s. In 1969, she graduated high school went to college and plunged full on into the turmoil of the 60s. She was a player not a spectator in every aspect of the cultural and political wars of the 1960s and 70s. Drawing heavily on personal experience, Lynne details the people and values of these two eras and then presents the undeniable trouble our nation is in today. Lynne is a retired civil servant who lives with her son and two dogs near San Diego. She has a degree in journalism from the University of Illinois and has written two books.