It Was Only a Dream 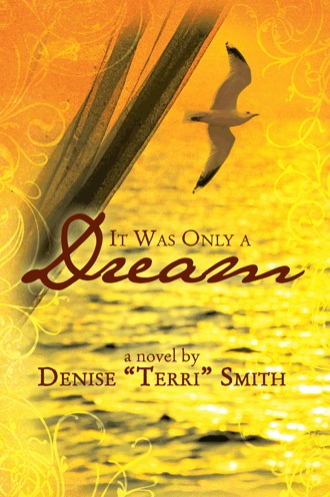 Have you ever stopped and taken a moment to wonder what heaven was like? Or have you imagined that you’ve already been there and had your own vision of it? Maybe you have never thought about it at all. You are just excited, waiting anxiously or patiently while hoping to get there. I remember when I was a little girl, my mother used to sing a song in the church choir, saying, “I got a new home over in glory and it’s mine, mine, it’s mine.” Now that I think about it, they were speaking about a good thing for themselves. They were encouraged through songs, prayer, and fellowship that heaven would be their home after leaving this world. Having something to look forward to motivated them.

In the book of Revelation chapter 21, it describes the holy Jerusalem (the new heaven and earth). We know that my dream does not take the place of this description, but it was amazing and exciting to be there in my dream. Maybe this was my confirmation that I will truly make it there. I surely hope so! I know that it motivated me to keep striving and never give up. I pray that it touches and inspires you to do the same.

{A Vision of Heaven}

As I began to look around while walking down the streets of heaven, I was so astonished and overjoyed that I could not close my mouth. I thought to myself, I made it. Heaven was so beautiful that words could not describe it. You must see it for yourself. There were tall walls all over the place that you could not see over. These walls were on each side of the street with different kinds of buildings behind them, looking as though they were a city by itself. The buildings were oddly shaped, like temples I had never seen before. They were very distinctive looking. The streets were made of pure gold, shining so brightly, just like sheets of ice in which you could see yourself as you walked. The windows were shaped like a triangle, with glass that was so shiny that you could not see through. The double doors were made out of silver with pure crystal knobs on them. Different areas had their own distinctive style. Some areas had more gold shining brightly than others. Some buildings were made out of brick. Others were made out of material that I had never seen before.

There were different areas of heaven in which you were allowed to go; this was explained to me by the man who was escorting me. There were escorts that showed you around to explain about the many different areas. These escorts introduced you to the area in which you will live and told you what your assignment will be. People are assigned to their own designated area. The area that you are assigned is the only one that you are allowed to enter, although you do get an outside tour of the others.

The street signs were in their own shapes and colors. Some were plated in gold. Some were plated in silver, while others were in glimmering white and bronze. Some of the street signs were shaped like the street signs that we are used to seeing, but the writing on them was very unusual. The words were shining like a bright light. The poles that were attached to the signs were all made out of crystal. The streets were very wide. Although you could not see throughout the high walls, you heard people laughing, talking, and singing different songs. You could hear the children playing. There were waterfalls everywhere. Some were large, and some were small. As you walked, you could hear and see the water and mist in the air. I remember just walking down the streets while touring heaven with my eyes closed while the escort guided me along the way, smiling and breathing in the wonderful fresh air. This place was so amazing. I was overwhelmed with an unspeakable joy.

Experience one of the most exemplifying ways that

Jesus can speak through one to touch others by

DREAMING. Inspiring you from actual dreams.

Stories includes strong messages, questions, and thoughts to process, along with personal testimonies that will touch and inspire you to come to know Jesus or get to know him even more in your daily walk in Christ.

Each story has its own powerful message to motivate you to continue “to fight the good fight of faith” and if you have not been doing this, it will help you to gain strength to do so by encouraging you through the short yet meaningful stories that it includes. These stories are strong examples, and you will discover that your living for Christ is not in vain. Each story comes with its own courageous, light-hearted, and intriguing meaning, demonstrating one’s faith while showing God’s mercy and grace upon one’s life. Witness how the Holy Spirit leads and guides you through safety and comforts you in need.

“Denise Smith has written a fascinating book. IT WAS ONLY A DREAM traces her inner journey inspired by a faith that is rooted deeply in family. She shares her significant musical and poetic abilities as she uncovers what it means to live a life in constant communion with God. Everyone who makes the effort to engage this book will be rewarded tremendously.”

Denise “Terri” Smith resides in Michigan with husband Minister Bernard. Married for 25 years, have grown Children’s and grandchildren. Denise ministers at women conferences, women jail and the juvenile home along with her husband. An active missionary at church with an outreach ministry which is called ATOR ministries for women.