A Study of Hurtful Words and Helpful Remedies 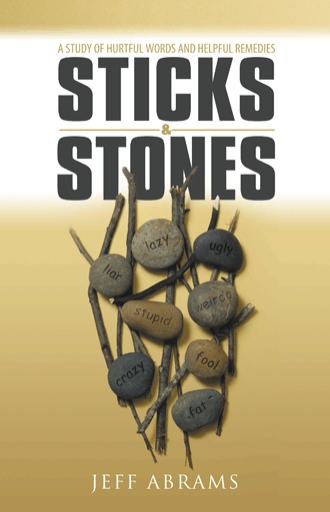 Abram had a Lot. He had a lot of stuff and he had a nephew named Lot. Lot also had a lot. Both Abram and Lot were living the good life. It is in good times that the devil usually strikes. So it is predictable that a problem would arise.

Abram and Lot had a lot of sheep, but they did not have a lot of food and water for their flocks. Tensions began to rise between Abram’s herdsmen and Lot’s herdsmen. A feud was brewing. The devil had to like where this was heading.

Somebody needed to blink, back off, yield. Abraham did. Long before Jesus preached peace, Abram practiced peace.

Abram was older, richer, more powerful than Lot. He was God’s chosen one. He could have crushed Lot. He could have called him ugly names, told tall tales about him, recruited others to his side. He could have gotten angry, pouted, killed his nephew’s sheep, run him off. Abraham didn’t.

Genesis chapter 13 records a most remarkable conversation. Abram begs Lot to “Let there be no strife,” between the two of them or between their herdsmen. He then tells him why. “We are brethren.”

We are family. What a warm thought. What a concept. What a powerful incentive we have to get along. We are family!

For the sake of peace, Abram gave Lot the first choice of land to graze his sheep and raise his family. Lot chose a place with lots of water, lots of green grass and lots of trouble on the horizon.

Abram got the scraps. But God smiled in the direction of this patriarchal peacemaker and turned those leftovers into a feast of blessings. And God continues to have a special place in His heart for peacemakers. “They shall be called the children of God” (Matthew 5:9).

Abram practiced the golden rule before there was a golden rule. Because of Abram’s uncommon humility, because he was willing to lower himself and take the higher road, a feud fizzled, and a devil was disappointed. If your choice is conflict with a Lot, or peace with leftovers, always choose leftovers.

Sometimes having a Lot is not all it’s cracked up to be.

It wasn’t true what was said about me—not even close. But people believed it and passed it on. My life was awful. I couldn’t eat, I couldn’t sleep. I took showers so I could cry without disturbing my family.

Finally, my attackers ran out of rocks—or they moved on to somebody else. Either way, things got better. A friend told me that if I lived my life according to God’s Will, most people would eventually see that the gossip was false. He was right.

Today my life is better than ever. My faith in God and others is strong. I’ve forgiven those who lied about me—and those who listened. At least I hope I have.

I’ve also learned to be a lot more careful about what I say about others and about what I allow others to say to me. As this book points out, people are fragile.

Reading “Sticks and Stones” has helped me. If you have a story similar to mine, I hope and pray it will help you.

Jeff Abrams has “the best job in the world” as preacher of the gospel of Christ and longtime missionary to the good people of Ukraine. He is blessed to preach for the Tuscumbia Church of Christ, in Tuscumbia, Alabama. Graduates of Freed-Hardeman University, Jeff and his wife Judy have three children, Jordan, Josh and Jennah.