Aftershock: A Journey of Faith to Haiti 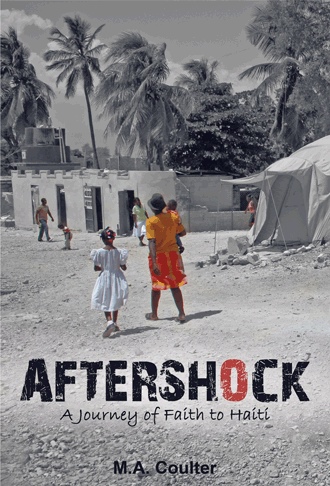 For four consecutive days in early 2010, it was the number one news story in the world.

Ten Americans left the security and comfort of their homes, placed jobs on hold, and left family and friends behind to help Haitian children victimized by the January 12, 2010, earthquake. Despite their admirable intents, the Christians were charged with kidnapping, criminal association, and attempting to arrange “irregular” travel.

What Satan intended for evil, God used for good. Experience their unwavering faith. Experience their reliance on God’s sustaining power, His endless grace, and His abiding presence. And trust, as they trust, that God will use their sacrifices to bring about meaningful change in Haiti. The full measure of their service is yet to be realized …

Award-winning writer M. A. Coulter lived the Haitian ordeal while his eldest daughter Charisa was jailed in Port-au-Prince. A native Oregonian, he holds a degree in journalism from the University of Oregon and is a public relations professional in Idaho. The author, his wife Brenda, and their youngest daughter Calli, live in Kuna, Idaho.