Hope for the Troubled Heart

The Journey to an Untroubled Heart 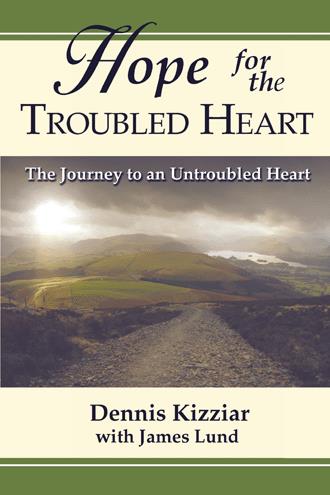 I see it when I preach. I can tell by the way men and women lean forward as I describe the promises of love and peace found in the Gospel. It’s in the longing in their eyes.
I see it when I meet one-on-one with people to counsel them. As they pour out their problems and worries, I find myself nodding in recognition.
I’ve seen it when I look in the mirror. I’ve had it too.
“It” is a troubled heart, and in so many ways it’s the face of Christianity today.
By their own admission, an increasing number of believers are not experiencing the joy and life-change offered by Jesus Christ. Instead, they are frustrated and disillusioned. Their marriages are deteriorating; their relationships with their kids are marked by chaos and conflict; they’re giving in to self-destructive behaviors. The Christian life simply isn’t working for them. Many of these people are settling for mediocrity by covering up their problems with a happy face. An alarming number are giving up on Christianity altogether.
Have I just described your life? Have you become a better actor instead of a better Christian? Is your heart so heavy and confused that you’re secretly ready to abandon your faith?
And yet Jesus said, “Do not let your heart be troubled, neither let it be afraid—stop allowing yourselves to be agitated and disturbed; and do not permit yourselves to be fearful and intimidated and cowardly and unsettled” (John 14:27 AMP).
“Do not let.” “Do not permit.” Was Jesus really implying that we can do something about our bewilderment and frustration, that we have the power to change? Inspired by a gradual awakening to the state of my own troubled heart, I’ve spent the last few years exploring that very question. And I’ve made a vital discovery: Each of us can live with an untroubled heart—a heart marked by God’s joy and peace, a heart that has been changed, freed, healed, and renewed. We’ve missed it because we’ve failed to get to the heart of the matter. Keep reading and I’ll explain what I mean. But first let me share part of my own story.

Are you becoming a better actor instead of a better Christian?

Increasing numbers of believers are not experiencing the joy and life-change offered by Jesus Christ. Instead, they are frustrated and disillusioned. Their marriages are deteriorating. Their relationships with their kids are filled with conflict. They’re acquiring self-destructive behaviors. Some are ready to give up on their faith altogether. And they’re covering up their problems with a happy face.

They are living with troubled hearts. You may be one of them. Yet Jesus said, “Do not let your heart be troubled.” Is that even possible in today’s world?

In Hope for the Troubled Heart, Dennis Kizziar answers with an emphatic “Yes!” Inspired by a gradual awakening to his own troubled heart, Dennis explains the heart from a biblical perspective, identifies the three common obstacles to a life of freedom, and shows step by step how to rediscover God’s joy and peace. The pathway to the life you were meant to live begins at the core—your heart. Want to live with a heart that has been changed, freed, healed, and renewed? It’s time to get to the heart of the matter!

DENNIS KIZZIAR is founder of World Leadership Ministries and “The Untroubled Heart” seminar. He is a graduate of Biola University and Western Seminary. He has served as a missionary in Brazil and has been a church pastor for thirty-five years. Dennis has also served as Director of the Ministers Department for a large national Christian organization. He has traveled extensively in the United States and to over forty countries, ministering to pastors and missionaries and preaching in a variety of churches and other settings. Dennis and his wife, Joan, have ministered together since their marriage in 1961. They have two grown children and six grandchildren.

JAMES LUND is a writer, collaborator, and editor who has worked with numerous bestselling authors. He is the coauthor of A Dangerous Faith. Jim lives with his wife, Angela, and their three children in central Oregon.