The Waging War Within-A Devotional For Winning The Daily War 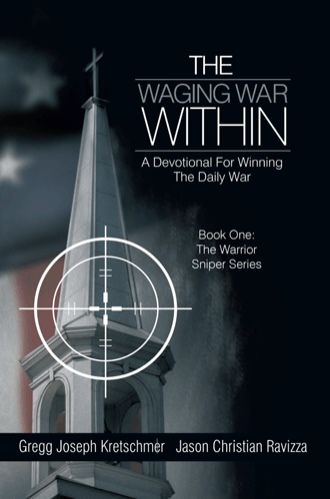 Since 911, Americans have been awakened to the ever changing era of warfare. Americans not even enlisted in the armed forces confronted an attack from a distant land that paralyzed, traumatized, and opened our eyes to the very act of war. An enemy penetrated the infrastructure of the United States of America and killed thousands of people. This enemy had many Americans come face to face with a violent attack. Other than Pearl Harbor, like never before in history, many Americans came face to face with their humanity, fragility, and mortality, while on American soil.


Unlike 911, which was able to be seen by the eyes, heard with the ears, and literally experienced by all five senses by those who witnessed the 911 attacks, this book focuses not on warfare that is seen, but on the warfare that is unseen and spiritual in nature. The purpose of this book is to create an awareness of the spiritual attack and the onslaught of the enemy (Satan) that is Waging a War Within the confines of our families, our hearts, our minds, and our communities.


Never before in history has there been such an attack on the lives of Christian Americans as we are witnessing today! With the advent of the redefinition of the traditional family and the anti-life campaign, (abortion), American Christian values, morals, and ethics throughout our land have gone topsy-turvy. We should be hearing a public outcry from Americans that hold to Christian values!


Hollywood has inundated American Culture with sexually explicit and often violent movies and television shows. These movies depict Christian men and fathers as spineless dim witted oafs, incapable of thinking straight. The video game industry is thriving similarly on this practice. The entertainment industries have found that violence and sex sells. An ever present Waging War exits within the hearts, minds, and souls of Americans. Many researchers within the realm of counseling & clinical psychology have and continue to research the effects of violent and sexual images on the human psyche. Can you imagine the impact of violent movies, television shows, and video games on the minds, hearts, and souls of our youth? How is this impacting our society, culture, churches, and families? Just turn on the evening news and you will see the effects of these mediums.


Currently the major political issues are border control and the wars in Iraq and Afghanistan. What about The Waging War Within and the onslaught of the enemy against the minds and hearts of our youth within our borders? How do we counterattack the assault being advocated by the counterculture? How do we aid those in crisis from the; devastation of divorce, substance abuse, alcoholism, mental illness, suicide, abortion, murder, adultery, sex before marriage, single parent homes, teen pregnancy, domestic violence, child abuse and neglect and the brokenness and devastating consequences associated with sin? How can we impart to our youth the truth within the Bible? The Waging War Within will bridge the gap between these issues and the hope that rests in the awesome Word of God. Our hope in writing this book is that the power of the Holy Spirit would ignite you the Christian believer and that the captive would be set free and the unsaved would come to know Jesus Christ as their Lord and Savior.

Gregg Joseph Kretschmer currently resides in the town of Agawam, MA. Gregg was born in Kenosha, WI. and is a veteran of the Armed Forces. Gregg is a graduate student attending Gordon-Conwell Theological Seminary where he is working towards his Masters of Divinity degree. Gregg attends Bethany Assembly of God in Agawam where he is currently the Director of Men’s Ministry. Gregg has a heart to see men become the men of God that they have been called to be. Gregg is currently leading men in the Champions of Honor plan started by former Secret Service Agent Chuck Brewster. Gregg has attained all three tiers in the plan and is passing on his zeal for men, to men who want to be all that they have been called to be, the priests of their home, work place, church, and community. Gregg is also working towards his licensing and credentialing through the Assemblies of God. Gregg has been on numerous missions carrying out God’s plan to other nations through building schools for Latin American Child Care. Gregg is married and he has a son.

Jason Christian Ravizza, M.Ed., C.A.G.S., also resides in the town of Agawam, MA. Jason was born in Hartford Connecticut. Jason is licensed; as a mental health counselor, a teacher, a school adjustment counselor/social worker, an assistant principal and a principal in the state of Massachusetts. Jason attained his Bachelors of Science and Masters of Education from Springfield College and his Certificate of Advanced Graduate Studies in Educational Administration from the University of Massachusetts at Amherst. Jason has worked within mental health agencies/clinics, at lock-up residential facilities, within the hospital setting, within public schools, in private practice, as adjunct faculty on the college level and has many years of supervisory experience within the fields of mental health/education. Jason has served as a youth leader and has been involved in work with the youth, young adults and adults within his local church and the Body of Jesus Christ. Jason is married and has three children.