A Spouse's Perspective How to Survive in A World of PTSD 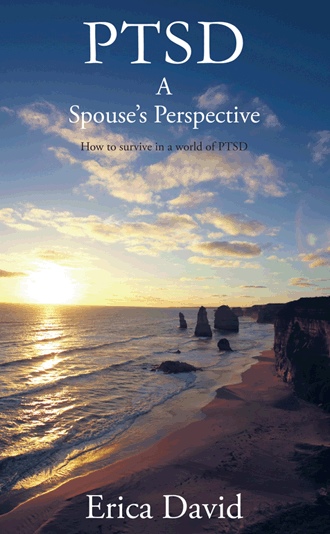 Has PTSD invaded your world? Are you always ‘walking on eggshells’? Feel like nothing you do is right. Are you the victim of physical, emotional or verbal abuse? Are you in a relationship with someone who suffers from PTSD? Then this book is a must read for you. There is hope! So many spouses of PTSD sufferers have the false belief that nobody can understand what they are going through. Believe me when I say, you are not alone. There are literally thousands of victims just like you. Facing the same issues everyday that you are facing. This book is written for you, the spouse, to offer hope by giving you detailed knowledge of PTSD and Secondary PTSD and also offer you coping mechanisms for living in a world of PTSD.

My world of PTSD began in my childhood and has continued throughout my adult life. I suffered abuse as a child and also as the wife of a Gulf War Veteran who himself suffers from PTSD. Therefore, I have PTSD from my childhood, events suffered as an adult, and secondary PTSD from being married to a veteran. The abuse has been verbal, emotional, mental and physical. It has literally altered my standard of living as I suffer from depression which I learned several years ago is the result of PTSD trauma. I am learning coping skills as I deal with the many symptoms of PTSD. I live in North Carolina where I enjoy spending time with family and friends, taking long walks, and reading.