A Novel About Victim Victory 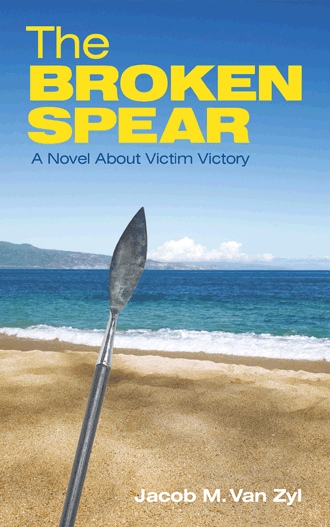 “Then everything went wrong.” Jason’s face falls. He frowns as he plays with a piece of marble. He does not want to be a crybaby, but this darned thing is so deep and painful; he will not be able to get it out without letting out the feelings, too. Jason puts his forehead on his arm resting on the workbench. His anger and hurt blend into tears. He starts sobbing. His grandpa is the only person with whom he can share this dark secret of his life. They have talked about it before. “He began to call me names again,” Jason squeaks, sniffling. “He said I’m just a slave from Africa. He kicked me in the butt, and said I must know my place as a slave. I hate him! I hate him!” Jason hisses, banging the piece of marble on the desk. “What an asshole!” Hermes blurts. He usually moderates his language in his grandson’s presence. Jason laughs through his tears, concurring, “Yes, he is, he is!” “I hope you punched him on the nose!” “I wish I could,” Jason says, wiping his tears, “That’s the problem, Grandpa; I’m two years younger, and he is stronger. I know I will lose the fight and then things will only get worse.” “So you just had to swallow the humiliation, hey?” “I stuck out my tongue at him,” Jason chuckles, “He got mad and shoved me. I did it again, and he slapped me. Oh, how I wish I could beat the bully!” “Patience, my son, patience!” Hermes knows the abscess has been opened. The time has come to put some balm on the wound. “Great victories are won by years of good preparation, my son,” Hermes comforts him. “Just a few years from now, in your early twenties, the two-year difference will fall away. Believe me! It now looks far off, but if you focus on your development instead of brooding on revenge, time will pass quickly. Don’t allow this fellow to mess up your life.” Hermes talks slowly, resembling a wise old prophet at the Oracle of Delphi, allowing every sentence to sink in. Jason listens attentively. He knows his grandpa. When he shares his wisdom, it is best to shut up and listen. “You have done the right thing today, Jason. I’m proud of you. That’s what discerns a real man from a bar-fighter. A real man can control his fear and anger while he patiently waits for a better opportunity. The best choice is seldom a perfect choice. Often we have to choose the best among imperfect options. Even in the heat of battle, the real man keeps his cool. Then he can use his weapons and abilities to the best. When panic or anger overcomes the warrior, his enemy will also overcome him.” Jason connects his grandfather’s words about war with the figure of the warrior he is working on. “Did you fight in a war, Grandpa?” Jason wonders, watching the tender care his grandpa bestows on the statuette. Maybe this figure represents a moment in his grandpa’s life. Maybe the warrior is his grandpa. Hermes resumes his polishing on the statuette. After a while he says, sighing, “Yes, I did.” Jason senses that it is a sensitive issue his grandpa would rather avoid. “Did you kill some of the enemy?” The boy’s innocent dark eyes search the face of his grandfather for the truth of his past. Jason’s straight question suddenly jolts the old man back in time, back to his moment of truth about life and death. He stops polishing. He stares far away into the distant past. “I had to,” he admits softly. “Did you feel guilty, Grandpa?” Jason wonders. After another moment of silent pondering, Hermes tries to shed light on a dark side of human conduct: the reality of war and the key to survival. “In war, you don’t have a choice: It is either kill or be killed. If you don’t get him first, he will get you. I suppose it is the same in the arena...or when one is attacked by robbers. Those guys mean business. It’s not a game.” He turns, looks straight at Jason, and emphasizes in serious tone, “My son, I hope you never get into such a situation, but if you ever do, defend your life to the best of your ability. Never give up your right to LIVE—not for one moment!” Riveting the nails, he continues, “That’s what our commander told us the night before the battle. It saved my life the next day. I had my doubts about war and violence. If I went into battle half-heartedly, I would have been killed within a few minutes.” Jason senses that his grandpa is sharing something near to his heart with him, wisdom that has been polished over the years—like the statuette he is working on. “The commander also gave us a piece of his mind I will never forget. He said, ‘You have only one life; so, protect it with all your might. Don’t allow anybody to rob you of your one precious life. Prevent the enemy from doing so, even if he is killed in the process. In war, you have to kill the enemy so that you and your comrades can live. That’s the simple logic of war.’ Yes, that’s what the commander told us. I guess those words stuck with me because they saved my life. I’m glad I can pass them on today. Maybe you’ll need them in future.” Jason is impressed by his grandfather’s seriousness, sharing something that has been buried deep in his soul for many years. “Supper is ready!” Jason’s mother calls. That’s an order they always obey immediately, spurred by their rumbling tummies. “Thanks, Grandpa, I feel much better,” Jason remarks. “You’re welcome. Don’t worry too much about that sucker. Focus on your development. Eat your food; keep practicing. Good planning and hard work will bring you out on top,” Hermes concludes his lesson.

Man and beast exert themselves to survive—by fight, flight, or submission. Respecting the pecking order prevents conflict, but when leaders are challenged, lethal fights for dominance may occur. However, the survival of the fittest is sometimes thwarted by the sheer tenacity of the underdog. In first century Corinth, nine-year-old Jason is teased and bullied by his pugnacious rival, Krato, who is two years older. Jason’s grandfather urges him to take the submissive role until he and his rival are both adults. Then the two year difference will vanish, enabling Jason to throw off Krato's reign by beating him in the discus and javelin events at the Isthmian Games. When that long anticipated day arrives, Jason is both winner and loser. His dream turns into a nightmare. He flees for his life, bringing immense hardship on himself and his beloved Tabitha. Sexy Diana tries luring Jason in the wrong direction. The apostle Paul arrives with the holy gospel in their wicked city. The Christian message is woven into the fabric of choices and consequences. Circumstances beyond their control eventually bring the four Corinthians together in a place of horror. In the face of death, old beliefs are turned upside down. They only have a broken spear for defense.

Jacob M. Van Zyl is a retired pastor/psychologist with a D.Phil. in psychology. In the past decade, he published three devotional Bible-studies that covered most of scripture. While touring Bible lands and studying the Acts and letters of the apostles, the idea of a novel about that time emerged. He knew the background already, and did additional research for the novel. Jacob is a Canadian citizen, living in the province of Alberta. He is married and has one son and two grandchildren. His current interests are Bible-study, writing, nature photography, and computers. His main driving force was God's grace that enabled him to overcome problems, utilize opportunities, gather and share knowledge, and assist the burdened to become victorious victims. More info is available at his website www.messiahstudy.net