Finishing Stronger than You Started 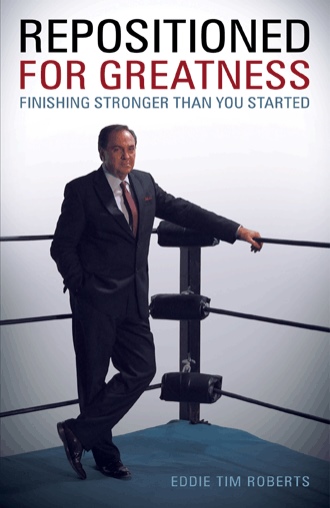 “For though a righteous man falls seven times, he rises again …”
Proverbs 24:16, NIV

In a second, life can change—a knock on the door, a phone call, a special broadcast—with a message that can instantly and tragically impact your life. In the wake, you make impulsive decisions. The consequences evolve, fear grips, and panic sets in. Then the questions begin … “Why did this happen? How could I have been so stupid? How could a loving God allow this to happen to me?” Questions like these penetrate our souls and cause us to doubt not only ourselves but also our Creator. The pain is real, the heartaches are true, and the search for answers begins.
Sometimes the cause of our hurt is a situation that’s out of our control, but more frequently it’s the result of our own bad choices. How many times do we get up in the morning and say, “Good morning, God. I want to be a failure today”? Probably not very frequently.

If … “the steps of a good man are ordered of the Lord,” I would have to think that the stops are also ordered.

However, I believe many people do rise with feelings of hopelessness, helplessness, and despair from stupid mistakes made yesterday. Today you may feel like a failure, but you are not. Failure is an action—not an attribute.
Have you stopped denying and questioning? Have you told yourself the truth? God has nothing to do with your fall. Bad things happen to good people, so pause pessimism and truly look at what did happen. If “the steps of a good man are ordered of the Lord,” I would have to think that the stops are also ordered. It wasn’t God’s fault; rather, it was a series of poor decisions that led to a dramatic, hurtful end. Take ownership of your failure and let God take control. Stop blaming others, and God can start working on your behalf.
People need healing and forgiveness from failing; and the good news is that imperfect humans can recover, can get up, and can be repositioned from failure to have lives full of peace. That is the process we believe the Lord wants us to help us with—the process of being repositioned for greatness. The incredible news is that we can rise again just as Proverbs 24:16 says: “For though a righteous man falls seven times, he rises again.” Repositioning means being lifted from one state to another. It means getting up by deliberately taking action that requires taking personal accountability and resolving to change—to move forward and to live. It begins with a mindset change or changing your attitude toward failure.
When you make a decision and you place determined action behind it, you will go forward. You will gain the strength of perseverance to get up. With God’s help and your decision to move forward, you can keep yesterday’s mistakes from negatively impacting your today; you can begin the repositioning process that will transform your life.
I fell, but I am not a failure. I sinned, but I have been forgiven. I was cast down, but I have been repositioned. I am so thankful that each new day gives us a fresh start, a do-over with fresh mercy. Regardless of how many times you have tried to get up from your failure and haven’t been successful, try one more time by changing the way you think about failure. Today, take that first step again toward revitalization with a new attitude. Tomorrow take another one, and the next day another—until you reach your destination of being repositioned. Be committed and determined to having a new mindset about failure. Ask the Lord to be with you every step, and his mighty hand will lift you!

You Are Not Alone
“He lifted me out of the slimy pit, out of the mud and mire;
He set my feet on a rock and gave me a firm place to stand.”
Psalm 40:2, NIV
Everyone falls. Everyone experiences failure of some kind. Everyone has made regrettable decisions—some are small and insignificant while others are life-altering. Falling is a unity we share. I don’t know your failure’s description, but I do know there are many varieties of falling: divorce, abuse, theft, addiction, lying, adultery, murder, envy, and greed, to name a few. The Scripture says that “all have fallen and come short of the Glory of God.” But thanks to his glorious name, we can be repositioned to achieve greatness, to fulfill the destiny that he has designed for our lives. I believe the fallen—regardless of how iniquitous or tragic the deed may be—can be forgiven and repositioned by the mercy of God.
Whatever we call them—sins, blunders, failures, or mistakes—they all originate from making a series of poor decisions that have been prompted from a personal temptation. Failure is a progression based on a wrong decision and can be traced back to a temptation that is common. The Scripture is true—every time we are tempted and give in to that temptation, it results in a fall. Think about Adam and Eve. They were both tempted by their desires and then lured into a trap the Devil had set for them.

“No temptation has seized you except what is common to man. And God is faithful; he will not let you be tempted beyond what you can bear. But when you are tempted, he will also provide a way out so that you can stand up under it.”
1 Corinthians 10:13, NIV
Does anyone ever plan a failure or plan to fall into temptation? No. Most pray for success, good fortune, and the blessings of the Lord. But when our temptations grow stronger and our resistance weakens, the inevitable happens—we fall. That’s reality. Dealing with failure practically is another matter. The actuality is that there isn’t much discussion or preaching in our churches today on how to avoid a fall, how to recover from a fall, and how to turn the misery from the fall into a triumph for the glory of God.

Eddie Roberts knows firsthand how it feels to get back up from a life-altering blunder. His fall from grace and repositioning journey will inspire, reveal, and empower readers. No matter how far you have fallen, Repositioned for Greatness can give you courage to get back up!

Eddie Roberts is a Louisiana native who knows how to get back up after a life-altering knockdown. His inspiring story is one that gives hope to anyone who has experienced a moral failure and needs to get back into life’s game. He is the pastor of GraceWay Ministries in Blacksburg, Virginia, and the executive director of Recover the Fallen, a reconciliation ministry that lifts, encourages, and restores the brokenhearted.