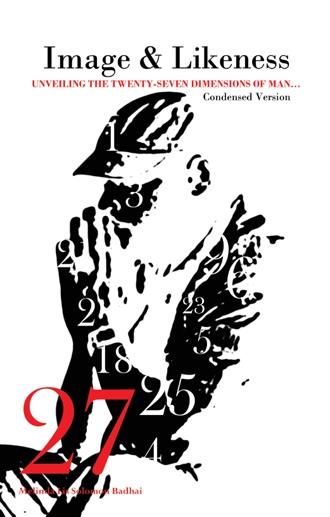 Man is the expression of an infinite God in a finite world. Out of all of God’s creations man was created special. Man is the most complex and the most distinct of all God’s creation (he is the image and likeness of God according to Genesis 1:26, 27. Man is a multi dimensional being in a physical body capable of interacting with both physical and immaterial (spiritual) spheres. The capacity to interact with both physical and spiritual spheres was placed in the nature of mans being according to Genesis 2:7: “ And the Lord God formed man of the dust of the ground and breathed into his nostrils; and man became a living soul”. Man was formed in a manner superior to the rest of creation, being fashioned as a result of delicate mediate creation unlike the rest of creation which was brought forth immediately without process (compare Genesis 1:12,24 vs. Genesis 2:7 Zechariah 12:1). Unlike other living creatures, including the angelic, man has a dichotomous nature, being natural in his body but supernatural in his spirit and soul. In other words man is complicated, but the simple application of the Word of God can be used to address every area of man's being.

Image and Likeness is an inspiring read designed to create an inner awareness of mans complexity. Discover with awe how we were created as a masterpiece of God by unlocking biblical revelation and scriptural definitions of who we are. This book is intended to be a tool to enlighten our perspective on how much we truely need God in every facet of our being.

As a devout believer in Jesus Christ and a lover of the word of God, Melinda Lis Solomon Badhai has devoted her life to the service of the Lord and sharing the gospel of Jesus Christ with the world. She is a product of the discipleship of Apostle Brian Keith Sinclair, Ph.D. and has been a faithful member of Triumphant World Outreach, Connecticut for several years. Under the auspices of Triumphant she committed herself to the service of the Lord and became a minister. In 2010 Minister Solomon Badhai graduated from Tabernacle Bible College and Seminary New England with her Masters in Religious Arts and Christian Counseling and intends to pursue her doctorates degree in the future. Over the years Minister Solomon Badhai has ministered in a diversity of arenas to a spectrum of different people including youth, young adults and the incarcerated. As a firm believer in the deliverance and healing ministry of the Holy Ghost, she also believes that when the word of God is applied personably to an individual’s life it produces liberty and wholeness. This book was written to the effect that the reader may apply the word of God to depths of his being and view the word as both revelatory and practical.