Are You Prepared for What Lies Ahead? 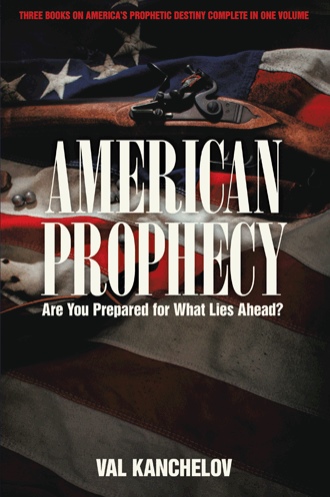 Chapter One: Why Will Money Fail?

Money will eventually fail. In America and elsewhere. How are we so sure? Again, we will use the witnesses of the Scriptures and historical logic to prove our thesis.
First and foremost, the Bible is clear that at the end of times there will be the collapse and replacement of money as we know it today with a cashless financial system. This cashless system will allow the individuals behind it to exercise dictatorial powers beyond anything that has previously existed. Just a brief look at the news, especially at the topics discussed at the recent G-20 summits, will reveal that the establishment of such a system has come almost to the stage of completion. Currently, the freak is still missing his head, but bankers and politicians are working tirelessly behind the scenes to wrap up this “Frankenstein” project. The Bible has already predicted the end result.
He (the antichrist) causes all, both small and great, rich and poor, free and slave, to receive a mark on their right hand or on their foreheads, and that no one may buy or sell except one who has the mark or the name of the beast, or the number of his name.
Revelation 13:16-17
Any illusions of free market and trade will be wiped out abruptly. It will come with a lot of demagogic rhetoric but it will be Satan’s dream come true—total control over mankind. The perfect godless society, the climax of all the humanistic, socialistic and fascistic aspirations of the fallen nature of men, will take place on a planet groaning in its final pushes to free itself from the chains of sin. This cashless dictatorial system will not be long lasting; however it will cause innumerable multitudes to sell their souls to the evil one, despising their right to believe in the Almighty Creator for deliverance, provision and victorious ending.
The Book of Revelation also describes many catastrophic events that will possibly lead to the establishment of the cashless society. A meteor falling into the ocean and apparently causing a mega nuclear explosion followed by a humongous tsunami, earthquakes of unknown magnitude, plagues, wars and direct demonic and satanic affliction are just some of the factors that will precede and accompany this godless form of government. One of the imminent characteristics of the highly organized societies is that they become highly disorganized when their sources of organization and communication get attacked. These apocalyptic disasters will make any currency left in this world totally worthless. If you think that the hyperinflation in the Weimar Republic, Yugoslavia, or Zimbabwe was the worst that could happen to a national currency, we have news for you: you haven’t seen anything yet!
The second reason for us to make the statement that money will eventually fail is the logic of the world’s history. Every single currency that has ever existed has collapsed together with the government which proclaimed its infallibility. As Americans, we want to believe that the future of the dollar will be different, but that is nothing more than frivolous presumption. Our sentiment cannot change the laws of history. Instead of preaching the “gospel of fiat prosperity” (something we discussed in one of the previous chapters) we better prepare our faith to deal with all the hell that is about to break loose on this planet and trust Jesus to greet us as overcomers when we see Him on the other side of the storm.
Many Christians believe they will be raptured before the storm—all the apocalyptic disasters—comes. The view of pre-tribulation Rapture has captivated the minds of modern-day American Christians, especially in the charismatic movement. Without excluding the chance of this view being the correct one, we still need to consider the possibility of us going through the fiery furnace. No matter what, we need always to keep in mind that God is in control, even in the midst of the seemingly unstoppable storm. And we also need to acknowledge that “everything that can be shaken, will be shaken” (Hebrews 12:26-27). Money is something that definitely falls into this category. The final result of the shaking will be staggeringly simple: MONEY WILL BE NO MORE.

Can America’s destiny be found in the Bible? Is the United States on a course that will cause a Titanic-like collision? Will the Church of Jesus Christ be able to sustain the distressed nation during the coming apocalyptical cataclysms? Using the three witnesses of the Scripture, historical logic and prophetic word given by respected and proven men of God, Val Kanchelov provides a clear map of what is going to occur in America as time wraps up. His vantage point makes historical events, with their parabolic meaning, shine with new light when applied to the prophetic course of this nation. Besides its survival manual application, American Prophecy is most of all a hope-giver. It encourages you to trust in God as the only source of victory in the final chapters of this present age, when sin and its derivatives come to fruition.

Val Kanchelov is a law school graduate, an author, speaker, TV host, minister and realtor. He is the founder of Messengers of Righteousness Ministry International located in Atlanta, Georgia. Val has appeared on numerous TV shows and currently hosts Apples of Gold