The First Rose of Summer 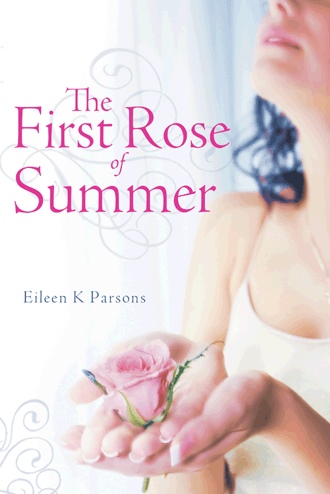 CHAPTER 1 The sun was setting over the bay. The evening chill moving in with dusk came as a reminder that summer wasn’t quite here. It also meant that it was time to lock up and go home. The lobster trap had been Steve’s only pressing project of the day. Pete, one of the local fishermen, had stopped in an hour earlier to reclaim it for the next day’s fishing trip. “What do I owe ya?” Pete had asked. “Wasn’t more than a half hour’s work. No charge. If a treasure chest makes its way into the trap instead of a lobster, save me a few gold coins. Otherwise, a prayer at sunrise before you go out is all I really need, Pete,” Steve replied. “Thanks, Steve, and God bless!” Pete left with a smile. Most of the local fishermen were longtime friends. On the good trips, when the fish seemed to just flop up onto the deck and shrimp crawled willingly into the nets, Steve could go home with lobster, crab and more fish than he and Marian could eat in a week, thanks to the “gifts” from his friends. It wasn’t uncommon, however, for the crews to go out for days at a time and come home with empty nets and traps. He didn’t feel right about making a huge profit off minor repairs to their gear. Steve Matthews had been awarded contracts with the local police department as well as Maine’s Department of Environment Protection to maintain the vessels they used to patrol the bay and neighboring waterways. Many customers were the wealthy who lived in luxurious Florida homes during the winter months, then rented 3,000 square foot cottages or time share condos in Rockport for the summer. He felt no guilt in charging premium rates to take care of their yachts, sailboats & cruisers. He had even been “commissioned” by a retired senator to rebuild a cabin cruiser that looked like it had been around since the ark. Half the hull was rotten and the entire deck had to be replaced. It would have been cheaper to buy a new one. Steve had expressed this opinion to the senator, but the senator disagreed. “No, no,” the senator had replied with his too-white, toothy smile. “This old girl has sentimental value!” Steve would definitely be able to pay his bills this season. His friends were often less fortunate. No need to bleed them dry. Steve ran his hand over the repaired side of the hull one more time, checking the caulk for bubbles and gaps before putting the tools away and sweeping the wood chips from the floor. He stopped and stared out the window at the sun’s continuing descent. The tide waters could be heard lapping at the piers. Seagulls crooned overhead. His thoughts travelled to the unfinished project in the next bay, a sailboat that had been started during his older son Paul’s senior year of high school. It had been the only thing that kept them together on the weekends Paul had come while still in college – weekends that became less frequent. Since starting his career, Paul only came home for the bigger holidays, his new life and misguided choices keeping him away. “God, please be with him. Bring him back to You. You know what he needs. My heart breaks, Lord. Do what it takes to make him see the truth. Make him see how much he needs You back in his life.” After setting the broom in the corner and turning off the lights, he looked around the shop one more time before arming the alarm and going out the door. He locked up and looked over the marina. The sky was a postcard perfect purple, orange and red. “Sailor’s delight,” he said quietly to himself. Such calm, everything so peaceful. The only sounds were the waves coming in from the bay and a motor in the distance. Taking a deep breath, he turned to walk home, praying all the way that his inner-turmoil for his son would pass. He had a deep sense that a storm was brewing in his son’s life – and only the hand of God Himself would be able to bring Paul through.

At twenty-six, Paul Matthews has attained wealth, position, and popularity as a financial manager in one of New York’s leading companies.  His life of fast cars, expensive restaurants, and beautiful women is the envy of his peers and one he believes will keep him satisfied—until Brooke comes into his life.  Brooke’s beauty captures his attention the moment he sets eyes on her.  Her intelligence, talent, and strong character cause him to consider what part she may play in his life.  Her strong faith, however, reminds him of a past he has long tried to forget, one he rejected long ago and to which vowed never to return.

When a series of high-risk financial decisions prove to be profitable for the company and their clients, Paul is promoted and given access to secrets within the company—illegal activity that could bring the company, its executives and stockholders to ruin.  A wealthy and influential foreign business executive, Marcus Reed, befriends Paul and reveals to him the great power and success that can be his if he is willing to compromise his moral principles and accept these secrets as necessary business practices.

Paul must decide whether he will continue his path of corruption in order to maintain his lavish lifestyle or listen to the voice within, the voice awakened by Brooke’s faith, urging him to make the honorable choice—a choice that would cost him his wealth, position and perhaps even his life.

Eileen Parsons has had a passion for writing since her youth. She attended Augusta State University, majoring in communications and creative writing. Since then, her work has appeared in the Good Newspaper in Syracuse, New York, as well as various local Christian publications and newsletters. It has long been her desire to write stories and novels that would inspire Christians to move closer to the Lord and draw the unsaved into the truth of Christ. Eileen was born in Watertown, New York. Her father was in the army, offering her a life of diversity and travel. She had the opportunity to see different parts of the world, traveling the East Coast of the United States as well as Germany. She spent most of her youth in Augusta, Georgia. She gave her life to Christ as a child and has continued to have a passion to serve Him. Her many experiences in life have increased her faith. She uses her travels and encounters as topics in many of her articles and stories. She currently lives in Orwell, New York, with her husband, Eric, and son, Daniel.