The Adventures of Princess Amberly

The Rebellion of Prince Kota 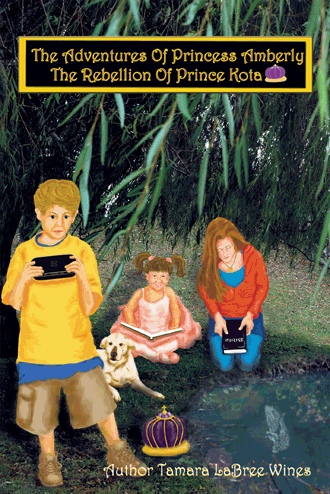 Sernovia’s royal family is in shambles, and the only hope that Princess Amberly has is the love and support from God. When Prince Kota goes missing, she begs her father, King Sherman, to listen to her. After she is turned away, she decides the only thing to do is to take matters into her own hands. She leans on God’s direction and finds herself.

Tamara Wines lives in Manchester, Tennessee, with her husband, aunt, and three children. She holds a bachelor’s degree in criminal justice and a master’s degree in education. She has dedicated her life to God and his work. She enjoys teaching children at Restoration Baptist Fellowship in Tullahoma, Tennessee, and works full time at the local Veterans Administration Medical Center.