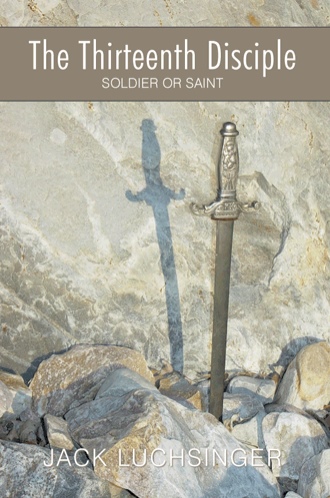 In 4 BC, two babies were born beneath a brilliant star that shone down on the town of Bethlehem. The brilliance of the star was taken as a sign from God. Both were destined to survive the purge of Bethlehem.


One child was Jesus of Nazareth, whose Jewish parents fled with their newborn son to Egypt in order to save his life. The second child was Marcus Titus. He was the son of a Jewish woman and Roman man. Knowing that their son faced certain death, they hid Marcus among some rocks on a hillside just beyond Bethlehem. There, he was found by Roman soldiers and sent to Rome to be raised as a Roman citizen.


This is the story of two star-crossed lives. One life has been written about extensively, its history retold for multiple generations. The other life has remained a mystery except to a very few for an equal number of generations. Yet both are intimately connected to the Christian faith.


Chosen by Jesus of Nazareth to write the history of his life and ministry, Marcus Titus wrote three gospels, two of which are contained in the New Testament.


This is a story based upon fact, inspiration, and speculation about the one referred to in the New Testament as “the other disciple.” Within this story are lessons that provide the foundation for life.

Jack Luchsinger is an attorney and active community leader in upstate New York. He is the author of a political novel entitled The Politician, published in 1996, as well as a short story entitled “A Holiday Message” published in 1989.


“I have always been a student of religion.” It was not surprising that Jack should take a special interest in a sermon delivered by a visiting priest one Sunday in 2005. The subject was “the other disciple.” After years of research on that subject, Jack has created this historical novel dealing with the life of “the other disciple” and his importance to the Christian faith. “I wanted to write something that would be interesting to today’s readers. Something that will encourage readers to explore the great offerings that the Bible has for all of us.”


A book based upon fact and inspiration, The Thirteenth Disciple was written for those who seek a new look at traditional beliefs.