How a few church rejects changed the world 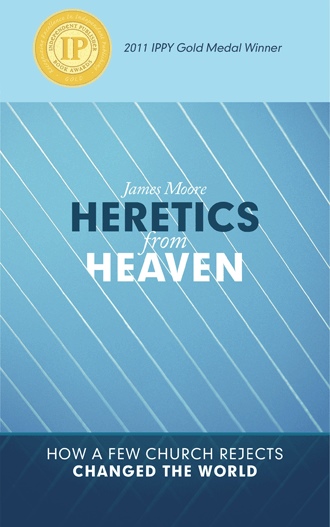 This book documents with facts, quotes and long-ignored scripture, how a handful of Christian church leaders, shunned by the rest of the church, were able to bring heaven to earth. The author claims many religious leaders have unwittingly denied people the tangible, mystical experiences Jesus promised his followers, experiences common among the early Christians. A few revival leaders eventually led millions back to the Way and changed their world, even as the greater church called them heretics. Their incredible spiritual adventures, and some of the author’s own remarkable encounters, are documented in this thought-provoking book.

The author, James Moore, won a Gold Medal in the prestigious 2011 IPPY book awards for this book, competing against better known authors. James Moore has been studying and writing about church and revival history for 35 years. He happily resides with his wife and adopted daughter in Tujunga California.